The Iranian president says Tehran’s ultimate goal is to make the other parties to the country’s 2015 nuclear deal, known as the Joint Comprehensive... 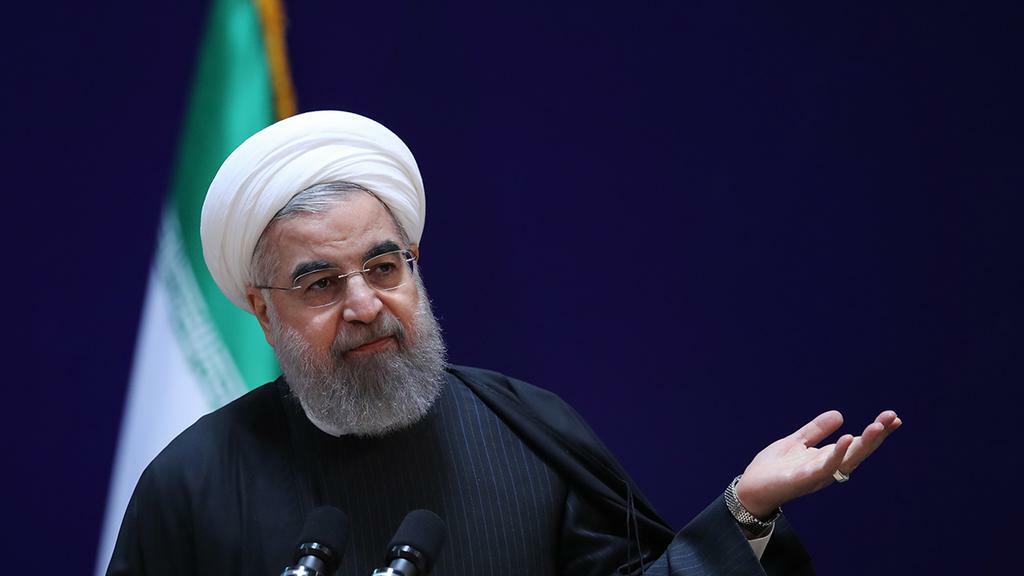 The Iranian president says Tehran’s ultimate goal is to make the other parties to the country’s 2015 nuclear deal, known as the Joint Comprehensive Plan of Action (JCPOA), fully implement their obligations under the accord.

“Iran has completely kept the way open for diplomacy and negotiations and we hope all parties of the JCPOA use this opportunity in a bid to reach an ideal point, which is the full implementation of the deal,” Hassan Rouhani said in a meeting with Emmanuel Bonne, the diplomatic adviser to French President Emmanuel Macron, in Tehran on Wednesday.

“The main objective of the Islamic Republic of Iran is the full implementation of the JCPOA parties’ obligations, and if all parties meet their commitments, Iran will also take serious steps to fulfill its own obligations,” Rouhani reiterated.

During his meeting with Shamkhani, the Iranian official called the reduction of Iran’s commitments under the nuclear deal as an “unchangeable strategy” that “will be continued in line with Articles 26 and 36 of the JCPOA until the full realization of Iran’s rights.”

He also criticized Europe for its inaction with respect to the implementation of their commitments and slammed them for their lack of willpower to counter the US’s destructive moves to torpedo the nuclear agreement.

For his part, Bonne stressed that he was not carrying a message from the US to Iran as a mediator.

He noted that his country was well aware of Iran’s patience in the face of different pressures and sanctions over the past 40 years, and said despite US measures, Iran has elevated its power, influence and position in regional and international equations to a remarkable degree.

Bonne further emphasized that the French president is seeking joint initiatives for a ceasefire in the US economic war against Iran, which, according to him, will lead to de-escalation of tensions in the region.

Meanwhile, the French presidency’s office announced that Bonne is in Tehran “to piece together a de-escalation” strategy after Iran announced its decision to enrich uranium beyond the limits set in the JCPOA.

Iran also said that its Arak heavy water nuclear reactor, which was agreed to be redesigned under the JCPOA, will resume its previous activities if the other signatories to the deal fail to uphold their end of the bargain.

Iran has been pushing the European signatories to the accord, including France, Germany and the UK, to protect the country from the US sanctions, which Washington reimposed after leaving the pact last year.

Following the US exit from the JCPOA, the Europeans pledged to keep the deal alive and established INSTEX, a payment mechanism designed to help trade and circumvent US sanctions. However, Iran says it has not met its requirements in practice, criticizing Europe for failing to facilitate trade, including oil sales, with Tehran.

In May and a year after the US exit, Iranian president announced that the country would roll back some of its commitments under the nuclear agreement in several stages in order to ensure its interests.