Iran national basketball team will hold a training camp in Portugal as part of preparation for the FIBA Basketball World Cup 2019 in China.... 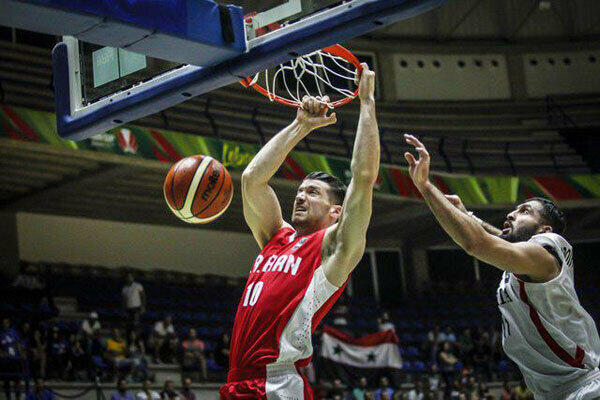 Iran national basketball team will hold a training camp in Portugal as part of preparation for the FIBA Basketball World Cup 2019 in China.

Team Melli will leave Tehran on Thursday to hold the preparatory camp in the European country.

Iran will meet Portugal and Slovakia on July 26 and 28 respectively.

Iran national basketball team will then travel to Russia to take part in a four-team tournament with participation of Russia, Greece and Hungary, scheduled for Aug. 8 to 11.

Mehran Shahintab’s team will also partake at a tournament in China, where they will face Nigeria, Montenegro and Poland from Aug. 19 to Aug. 25.

Iran have been drawn with world’s second-ranked Spain, Puerto Rico and Tunisia in Group C of the FIBA World Cup.

The competition will be held in China from 31 Aug. to 15 Sept.

Rescheduled from 2018 to 2019, this edition will be the first FIBA Basketball World Cup since 1967 that will not occur in the same year as the FIFA World Cup, but a year following the latter.

Also, the group stage will expand from 24 to 32 teams. The top eight teams, including Japan as the hosts of the 2020 Summer Olympics (and the top two teams from each of the Americas and Europe; and the top team from each of Africa, Asia and Oceania) in this competition will qualify for the men’s basketball event in the 2020 Olympic Games in Tokyo.

Both the Czech Republic and Montenegro will make their first appearances in the FIBA World Cup as debutants.