Iranian media outlets reported on Friday that Tehran had taken the additional step it threatened to take by September 6 if there was no... 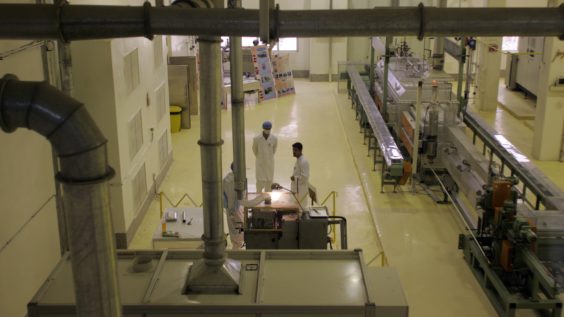 Iranian media outlets reported on Friday that Tehran had taken the additional step it threatened to take by September 6 if there was no progress in canceling or circumventing crippling sanctions imposed by the Trump Administration. The sanctions were reinstated last year after the United States withdrew from the 2015 multilateral accord that lifted economic penalties in return for guarantees that Iran would limit its nuclear activities to low-level, peaceful purposes. There has been no official announcement describing the latest move, although the Islamic Republic has said it would be a “strong step” and hinted this week that it might have to do with the centrifuges it uses to enrich uranium. Last July, Tehran announced it was now enriching its uranium beyond the 3.67% limit imposed by the accord. It also has gone beyond the 300-kg. limit on the size of its stockpile. The agreement also stipulated that it place all of its advanced centrifuges and most of its first-generation centrifuges in storage. The move reported today could have to do with putting some of those machines back in service.