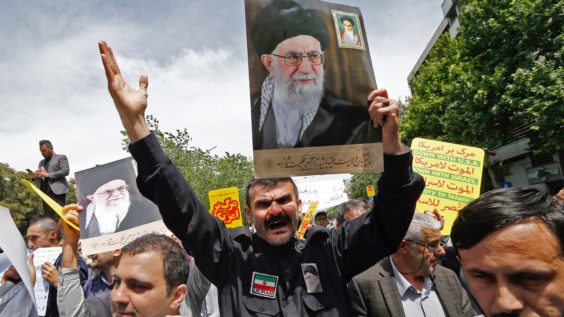 Iran executed a former Defense Ministry contractor on charges of spying for the US Central Intelligence Agency (CIA), Iranian media reported, without providing further details. Jalal Hajizavar – who was dismissed from his position in 2010 – was recently convicted by a military court after an investigation discovered documents and spying equipment in his home, the reports said. Last week, the Islamic Republic revealed it had dismantled a spy network linked to the CIA and arrested several agents. Iranian lawmakers chanted “Death to America” during a parliament session on Sunday amid escalating tension with the United States, highlighted by the downing of a US drone on Thursday. US President Donald Trump responded on Friday by saying he had aborted a retaliatory strike that could have killed 150 people. The US and its western allies have also blamed the Islamic Republic for recent oil tanker attacks. Tensions have flared between Washington and Tehran ever since the former withdrew from the 2015 multilateral nuclear deal more than a year ago and reimposed sanctions on the latter.