The senior spokesman to Iran’s military denies that US seaborne forces in the Gulf shot down one of its drones on Thursday. Iran’s private... 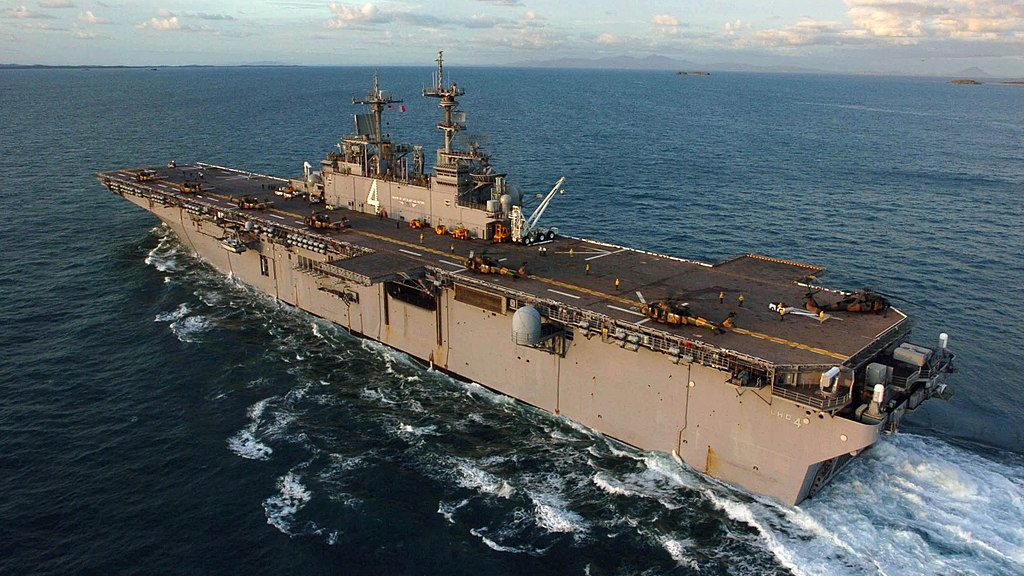 The senior spokesman to Iran’s military denies that US seaborne forces in the Gulf shot down one of its drones on Thursday. Iran’s private Tasnim news agency quoted Brig.-Gen. Abolfazl Shekarchi as saying: “All drones belonging to Iran in the Persian Gulf and the Strait of Hormuz… returned safely to their bases after their mission of identification and control, and there is no report of any operational response by USS Boxer.” US President Donald Trump claimed that the Iranians had been given “multiple calls to stand down” before the drone came within 1,000 yards of the Boxer, an amphibious assault ship cruising in the strategic Strait of Hormuz. US vessels like Boxer carry troops and landing craft. They resemble aircraft carriers because they also deploy with helicopters, as well as with F-35 stealth jets and Harrier jump jets that can take off and land vertically in order to provide air support once the troops have landed on shore. Tensions between Washington and Tehran were already strained due to US sanctions and attacks against US allies in the region that the Trump Administration has blamed on Iran.