Iran’s ambassador to the United Nations says the country would not hesitate to respond to any military threat from the United States. Majid Takht-e... 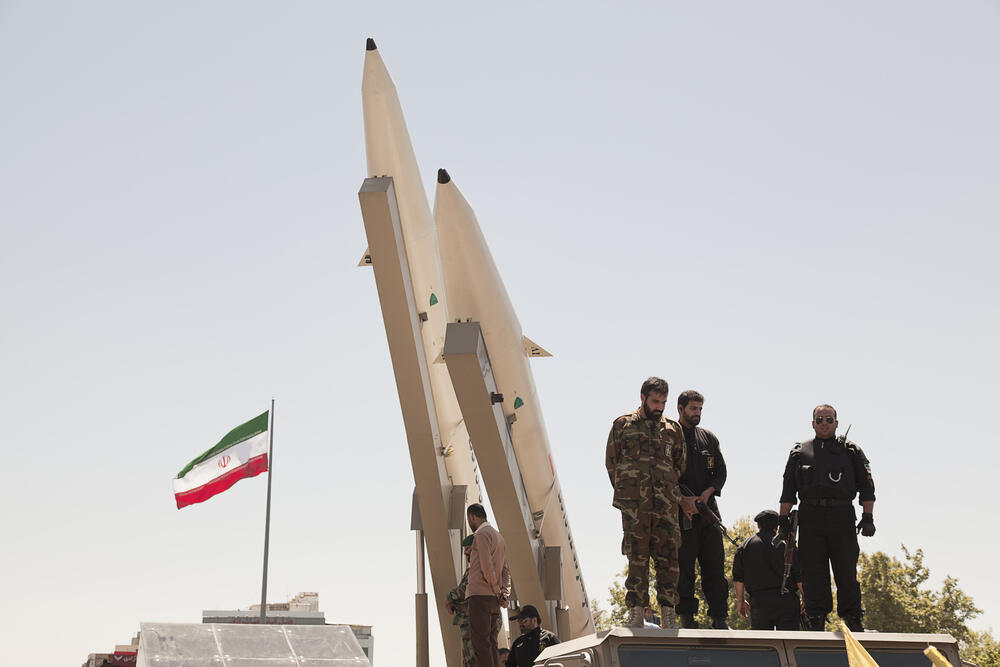 Iran’s ambassador to the United Nations says the country would not hesitate to respond to any military threat from the United States.

Majid Takht-e Ravanchi told the BBC in an interview released on Wednesday that Iranians would not “sit on their hands” in case of an attack against the country amid escalating tensions over Iran’s nuclear program.

The senior diplomat made the remarks while clarifying a position adopted by an Iranian military commander who said on Wednesday that US military bases and aircraft carriers were within range of the country’s missiles, and would be destroyed if the US made any “mistake.”

In his interview, Takht-e Ravanchi also touched upon a major international agreement on Iran’s nuclear program which has been put in jeopardy since May 2018 when the US unilaterally withdrew from the agreement.

He criticized the European parties to the Joint Comprehensive Plan of Action (JCPOA), saying Britain, France and Germany have not compensated Iran for the damage it has received as a result of the US withdrawal.

“Apparently, besides the US, the Europeans have not been up to the job and have not honored all their commitments up to now,” he said.

The diplomat, who himself was a member of the Iranian team in negotiations that led to the conclusion of the JCPOA in July 2015 in Vienna, said that Iran may move to the “third phase” of its measures to step up uranium enrichment to force the signatories to the JCPOA to offer economic benefits to Iran and save the deal.

“For the time being we are in the deal and we invite others to stay in the deal,” he said, adding, “We have said we are not going to honor the cap of 3.67 percent … What will happen in the third phase we have not said it yet, but if we reach to that point, definitely we will announce beforehand.”

Tensions over Iran’s nuclear program increased earlier this week after Tehran announced that it would surpass a cap envisaged in the JCPOA for uranium enrichment.

Iranian officials said that 20% uranium enrichment is an option in the upcoming months if the nuclear deal is not protected from US sanctions.

In May and a year after the US exit, Iranian President Hassan Rouhani said that the country would roll back some of its commitments under the JCPOA in stages to ensure its interests.

The Islamic Republic says the suspension of its commitments is not a violation of the JCPOA but is based on Articles 26 and 36 of the agreement itself.

Meanwhile, the International Atomic Energy Agency (IAEA) said on Wednesday that it was holding a special meeting on Iran’s nuclear program at the request of the United States to discuss Iran’s implementation of its commitments under the JCPOA.

Iranian Foreign Minister Mohammad Javad Zarif swiftly took to his official Twitter page to question the meeting at the US request, saying it was ironic as Washington had pulled out of the deal and had no standing to raise any JCPOA issues.

He also noted it was the US that violated the accord and sought to punish those who complied with it.

“US abhors JCPOA, axed & violates it, and punishes all who observe it; b. US has no standing to raise JCPOA issues,” said part of his tweet.

Zarif also said that his country had fully complied with the terms of the JCPOA and its recent announcement to scale back some of its commitments was lawful under Article 336 of the JCPOA.

“Iran fully complied with JCPOA per 15 IAEA reports; d. Iran’s actions are lawful under para 36 of accord,” said the tweet.

Last month, IAEA Director General Yukiya Amano urged all parties to the JCPOA to deescalate the situation surrounding the deal and return to dialogue to find a solution.

“I am worried about increasing tensions over the Iranian nuclear issue,” Amano said, adding, “I therefore hope that ways can be found to reduce current tensions through dialogue.”