Investors have learned to tolerate sustained periods of loss as long as revenue is rising and companies invest in growth.

Beyond Meat has an additional level of appeal. It’s a company that pitches perfectly to the millennial demographic, which is way more inclined to factor a social purpose into investment than its baby boomers parents do.

Beyond Meat taps into the growing demand for healthier foods and its popularity is fuelled by concerns around the environmental toll taken by growing meat and concerns about animal welfare.

The company neatly appeals to the growing band of what are called “impact investors” – a cohort that goes beyond environmental, social and governance screening to actively generate a measurable, beneficial social or environmental impact alongside a financial return.

In this sense, it’s a company that is ripe for investment.

(Incidentally, it was reportedly millennials who piled into Tesla stock when it plummeted following its poor quarterly earnings result a few weeks back).

Interestingly, one of the major backers of Beyond Meat was the largest meat producer in the US, Tyson Foods, which sold its 6.5 per cent stake into the float. Another backer was a former McDonald’s chief executive, Don Thompson, and Twitter co-founder Evan Williams.

On top of that, there is a long line of celebrity, publicity-boosting backers to endorse the company – including Leonardo DiCaprio and Jessica Chastain. Even Bill Gates was in on the action.

Fast food and carbonated drinks companies have been under pressure for years as middle class consumers look for healthier options.

The $US1.4 trillion global meat market is enormous and the meat mimickers’ market is tiny by way of comparison.

Beyond Meat is just one of myriad companies looking to profit from the healthier eating trends.

The stock exchange public offering was designed to raise money to allow Beyond Meat to move beyond its existing markets of the US, Italy, Israel, the UK and Canada.

Here is the pitch contained in its prospectus: “Beyond Meat is one of the fastest-growing food companies in the United States, offering a portfolio of revolutionary plant-based meats. We build meat directly from plants, an innovation that enables consumers to experience the taste, texture and other sensory attributes of popular animal-based meat products while enjoying the nutritional benefits of eating our plant-based meat products. Our brand commitment, ‘Eat What You Love’, represents our strong belief that by eating our plant-based meats, consumers can enjoy more, not less, of their favourite meals, and by doing so, help address concerns related to human health, climate change, resource conservation and animal welfare.” 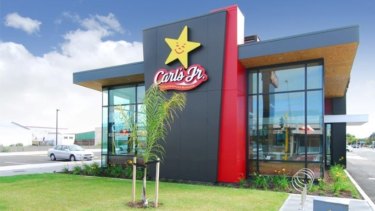 Beyond Meat has thus far joined up with Carl’s Jr and Del Taco in the fast food market.

The $US1.4 trillion global meat market is enormous and the meat mimickers’ market is tiny by way of comparison – just $US670 million in the US retail channel.

Beyond Meat is not the only company addressing the meat substitution market and new entrants are popping up like mushrooms. One of these is Tyson Foods, which is now looking to set up in competition with the company it originally backed, while food giant Nestle is set to launch its own version of a plant-based burger.

Impossible Foods is another in the same market. It has teamed with Burger King in the US to trial what it calls the Impossible Whopper. Beyond Meat has thus far joined up with Carl’s Jr and Del Taco in the fast food market and sells in retail stores including Amazon’s Whole Food Market and Kroger Co supermarkets.

The extent to which Beyond Meat is able to stay ahead of the pack will depend on how well it can increase its market offshore and develop better meat imitations – which means investment in supply chain and innovation.

Beyond Meat doesn’t need to rely on converting carnivores to herbivores. The flexitarians – the food-eating equivalent of a hybrid vehicle – are a far greater addressable market.

Elizabeth Knight comments on companies, markets and the economy.