Federal investigators on Sunday combed through wreckage of a cargo plane flying for Amazon that crashed into a bay outside Houston, killing all three... 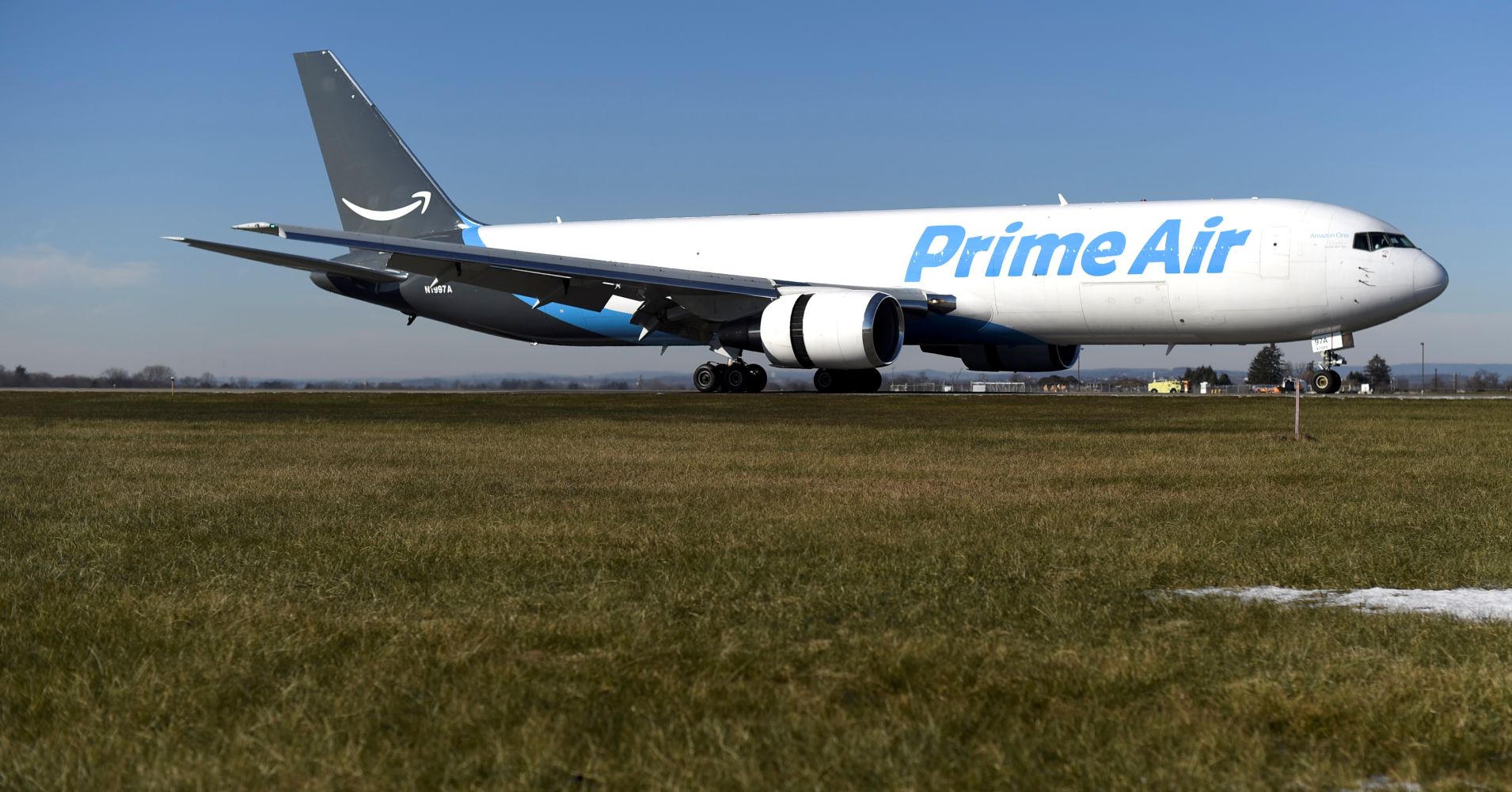 Federal investigators on Sunday combed through wreckage of a cargo plane flying for Amazon that crashed into a bay outside Houston, killing all three people on board.

The Boeing 767-300, flying from Miami by Atlas Air Worldwide Holdings for the online shopping giant, was nearing Houston’s George Bush Intercontinental Airport on Saturday when it nose-dived into a muddy and marshy area of a bay near the city, authorities said. Three people on board were killed in the crash, Atlas Air said.

The remains of two people have been found at the site. One of the victims was Captain Sean Archuleta, a pilot for Mesa Air Group. Archuleta was riding in a jump seat on the plane, the regional airline said.

“This is a sad day for the entire Mesa Family as we mourn the loss of Captain Sean Archuleta,” said Jonathan Ornstein, Mesa’s CEO and chairman. “Our thoughts are with Sean’s family, the families of the two Atlas Air pilots, and the whole Atlas Air organization. This is a loss for all of aviation.”

A group of investigators from the National Transportation Safety Board’s — known as the “go team” — arrived in Texas Saturday evening to begin the probe. Investigators are scrambling to recover the so-called black boxes that contain cockpit voice recordings and flight data to determine the cause of the crash, NTSB Chairman Robert Sumwalt told a news conference Sunday afternoon.

“Obviously, recovering those is critical to this investigation,” he said. “It is a painstaking process but it is a high priority for the NTSB.”

The black boxes send out signals so they can be located, but the thick mud of the area may complicate that effort.

“The situation that we may be facing here is that those pingers may be embedded so much into mud that their effectiveness may be reduced,” Sumwalt said. Divers may be sent to look for the black boxes or areas of the bay may be dredged.

The plane appeared for five seconds in video captured from the Chambers County jail, about a mile and a half away, showing the aircraft in a “steep, nose-down” descent, Sumwalt said, adding that there was no distress call from the plane and it had no declared hazardous materials on board.

The plane’s crew was informed by air traffic control of light to heavy rain ahead but Sumwalt said it was too soon to know the cause of the crash.

“Our entire purpose of being here is finding out what happened so we don’t have to go through this again,” he said.

The investigators will review the employment and training records of the people on board and of the plane’s maintenance records. The investigation, which will be led by NTSB, will also include the Federal Bureau of Investigation, the Federal Aviation Administration, Atlas Air and its pilots’ union, as well as Boeing and General Electric, which made the airplane’s engines.

Atlas Air Flight 3591 was traveling from Miami to Houston when it crashed into Trinity Bay.

Video taken at the crash site by local news outlets showed debris in the bay, including a piece of material that appeared to feature a part of Amazon’s logo. Chambers County Sheriff Brian Hawthrorne said that law enforcement spotted items including bed sheets, women’s clothing and cardboard boxes in the bay.

Atlas Air is one of the cargo airlines that Amazon contracted to operate the Amazon-branded fleet, called Amazon Air, along with Air Transport Services Group. Each operates 20 Amazon-branded planes for the air freight service, which was previously called Prime Air.

“Our thoughts and prayers are with the flight crew, their families and friends along with the entire team at Atlas Air during this terrible tragedy,” Dave Clark, Amazon’s senior vice president of worldwide operations, said in a statement on Saturday. “We appreciate the first responders who worked urgently to provide support.”