A Jordanian woman was detained by the Israeli police on the Karameh border crossing between the West Bank and Jordan on her way back... 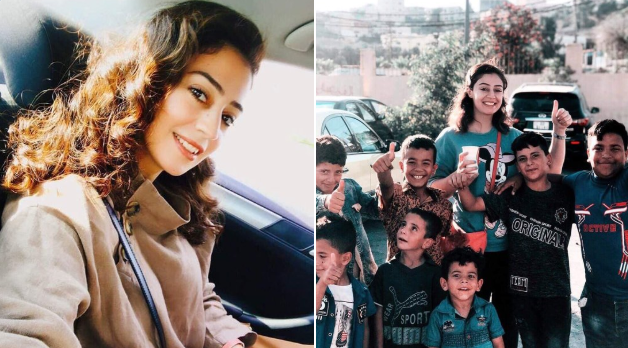 A Jordanian woman was detained by the Israeli police on the Karameh border crossing between the West Bank and Jordan on her way back home after visiting relatives.

Jordanian of a Palestinian origin, Hiba Abdel Baqi Allabadia, as identified by the Jordanian Foreign Ministry, was arrested on August 20, 2019, and held in Petah Tikva prison, her brother, Hatem, confirmed. He was accompanying her along with their mother when Hiba was detained.

While the reasons behind Hiba’s arrest are still not clear, her brother told local media outlets the Israeli police attributed it to “security reasons” without providing more information.

Jordan’s Foreign Ministry confirmed summoning the Israeli ambassador in Amman and called for the immediate release of Hiba and Abdulrahman Meri, another Jordanian citizen who has cancer held by Israel.

Authorities in Jordan demanded more information on the charges facing Abdulrahman Meri and Hiba Abdulbaqi and confirmed the Jordan Consul in Tel Aviv visited Meri to follow up on the case.

Yet, Hiba’s detention conditions are still unclear with some activists saying she is facing hard conditions in addition to banning her from seeing her lawyer or the Red Cross.

Translation: “ Heba Allabadia, a Jordanian citizen of Palestinian origin has been arrested on the cross-border for 14 days. She is being held in Petah Tikva prison and is going through hard investigation. She is banned from meeting her lawyer or a visit by the Red Cross.”

Jordanian and Palestinian activists have been talking about Hiba on the internet to pressure the authorities into following up on her story.

A tweet believed to be posted by Hiba before she was detained was posted with her photo while on the way to the West Bank with a caption: “My feeling today while on my way to Palestine is indescribable. My heart beats as a rebellious girl whose heart settled in love with rifles [resistance].”

Meanwhile, Hiba Abdelbaqi and Abdulrahman Meri’ are among 24 Jordanian citizens believed to be held by Israel in prisons without facing trials.