Interior Minister Salvini could push for a vote of no-confidence to overthrow Prime Minister Conte on Tuesday The fate of Italy’s government... 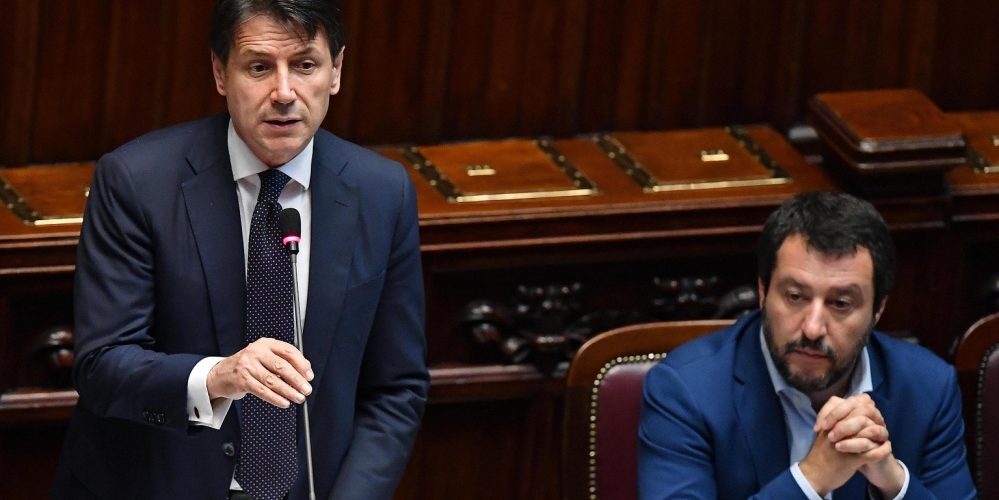 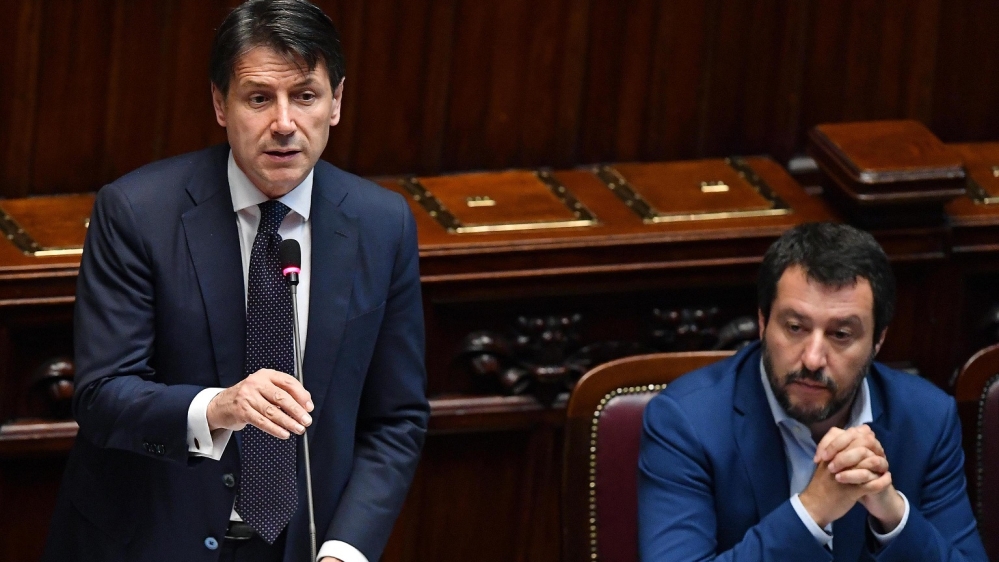 The fate of Italy’s government is to be decided on Tuesday with Prime Minister Giuseppe Conte expected to resign after far-right Interior Minister Matteo Salvini pulled the plug on the dysfunctional coalition.

Conte is due to speak in the Senate at 13:00 GMT on Tuesday, following a week of the fallout from Salvini’s dramatic decision to back out of the alliance on August 8, plunging the eurozone’s third-largest economy into turmoil.

Salvini’s anti-immigrant League party has been soaring in opinion polls during months of squabbling over key policy decisions with the anti-establishment Five Star Movement (M5S).

Salvini, who is also the deputy prime minister, hopes to trigger early elections, which polls suggest his League party and other right-wing allies could win.

After Conte makes a speech, widely expected to be scathing of Salvini’s behaviour, he could then offer his resignation to President Sergio Mattarella.

If he does not, Salvini will push for a vote of no-confidence.

Both scenarios could put an end to Italy’s 65th post-war government, just 14 months after coming to power, and officially open the way for consultations to find a replacement.

“The craziest crisis in the world,” commented an editorial in La Stampa newspaper.

The political crisis has raised concerns about the Italian economy, whose debt ratio at 132 percent of gross domestic product is the second-biggest in the eurozone after Greece.

Since the unwieldy government was formed in June 2018, uncertainty under the coalition has cost the country an extra $5bn in interest on its debt, the Il Sole 24 Ore financial daily reported on Monday.

A snap election – more than three years early – could come at the end of October and allow Salvini to capitalise on polls suggesting the League might get 36-38 percent of votes.

Salvini could be crowned prime minister with the League potentially in coalition with the anti-immigration, anti-LGBT Fratelli d’Italia, and possibly Silvio Berlusconi’s centre-right Forza Italia.

Ever present on social media, Salvini has been taking his message to the beaches at the height of the summer holiday season, promising to cut taxes, to block migrants from Italian ports, and to complete a high-speed rail link to France.

But a bid by his rivals to put aside their differences and forge an alliance could derail Salvini’s bid for power, with a coalition between the M5S and the opposition centre-left Democratic Party (PD) being discussed.

While there is bad blood between the two parties with both trading insults in the past years, M5S is languishing in the polls and wants to avoid an early election.

Romano Prodi, the former centre-left prime minister and ex-president of the European Commission, has also proposed a unity government from different parts of the political spectrum involving M5S, the PD and Forza Italia.

After a year of highly critical anti-EU rhetoric from Salvini, Prodi said the new coalition would allow a “reintegration of Italy as an active member of the European Union”.

Caught on the back foot, Salvini has sought to re-establish some ties and said he would be willing to back an M5S proposal to cut the number of legislators from 950 to 605, but only if new elections were then swiftly held.

He was furious at the idea of being squeezed out by an M5S-PD alliance, saying he would get his supporters to “peacefully take to the streets” if it came about.

Salvini has also softened his tone regarding the premier, saying: “Conte remains my prime minister and my phone is always on.”

But M5S founder, comedian Beppe Grillo, on Sunday, gathered senior figures at his country house and rejected talk of reconciliation with Salvini, whom he reportedly described as an “untrustworthy traitor”.

The coalition government has long been mired with tensions, particularly since the League emerged as Italy’s biggest party in European elections in May.

The usually soft-spoken Conte last week said that Salvini was “obsessed” with immigration, calling on his deputy to let minor migrants rescued in the Mediterranean disembark from a charity vessel anchored near the southern island of Lampedusa.