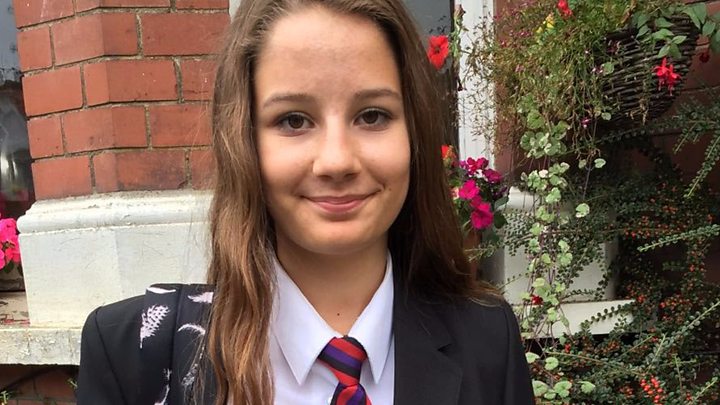 This post was originally published on this site Instagram “can’t solve bullying on its own” the social media company’s boss Adam Mosseri says. He’s...

He’s told Radio 1 Newsbeat that online bullying needs to be tackled as part of a wider plan.

Mr Mosseri says he doesn’t want people to “get depressed” on the platform, but “we can’t stop people from saying nasty things”.

He says the criticism Instagram gets is “healthy” as this can help it tackle problems happening online.

“Bullying has existed for a long time, it has changed and evolved with the internet,” the social media boss says.

“Like many other issues, bullying is broader than just Instagram and I think that sometimes gets missed.”

They introduced tough new rules on social media companies – saying that if they didn’t take responsibility for what appears on their platforms, they’d face heavy fines.

‘It’s not comfortable to have our mistakes aired in public’

“Sometimes it’s not comfortable for us to be criticised and to have our mistakes aired in public but I think fundamentally it is a healthy dynamic,” he says.

He says when issues are raised, Instagram will try to address them quickly.

This year, Instagram has also been criticised for images of self-harm that appear on the platform, and Adam says the more views a problematic post is receiving, the higher priority it will be to remove.

“We prioritise different types of content problems more than others because not every piece of problematic content has the same risk,” he says.

So if a dangerous post has been viewed hundreds of thousands of times, it will be dealt with or removed faster than something that’s only been seen by a handful of people, Adam claims.

More recently, Instagram has come under criticism from Selena Gomez, one of the most followed people in the world.

“It would make me feel not good about myself, and look at my body differently,” Selena said in a recent interview with US radio host Ryan Seacrest.

Selena said she had deleted the app from her phone.

Mr Mosseri says hearing this had left him feeling “disappointed” but says that what Selena Gomez experiences on Instagram can’t be compared to what the average user might have.

He says Instagram is working to make sure that Selena – and everyone else using Instagram – has a positive experience using the app.

“We need to make sure that creators like her are getting value out of the platform, that they don’t get depressed by the platform,” he says.

“But the tools that we need to develop for a 15-year-old boy or 14-year-old girl are very different.”

These tools include plans to make Instagram likes private so there is less competition between users to get more reactions to what they post.

Instagram also says it will introduce new ways to block or report a bully without escalating the situation in real life and also a function that lets people know if something they are about to post is likely to upset others.

Adam Mosseri says that in the nine years since Instagram launched, the company has learned about the positives and negatives of connecting millions of people online.

“There’s lots of good that comes out of connecting people. When we started we were very focused on that good and I still believe in that,” he says.

“We were under-focused on the downsides of connecting people. Technology is not good or bad – it just is.

“Social media specifically is a great amplifier of the good and bad and so we need to try and do more and identify the bad.”

“I would love to hear from her,” he says.

“If there’s something specific that she thinks is working or not working about the platform, I’d love to hear.

“I think there’s a limit for how much time you should do anything, it doesn’t matter if it’s TV, Instagram or exercise,” he says.