Instagram ‘is now out of control’ as children are bombarded with damaging eating disorder images, warn top psychiatrists The Royal College of Psychiatrists issued...

Instagram ‘is now out of control’ as children are bombarded with damaging eating disorder images, warn top psychiatrists

By Mario Ledwith for the Daily Mail

The number of vile eating disorder images bombarding young children on Instagram is spiralling out of control, the UK’s leading psychiatrists said yesterday.

The Royal College of Psychiatrists issued the warning as research revealed that the Facebook-owned site is awash with vast troves of pictures encouraging young people to starve themselves.

It comes only weeks after the web giant was forced to remove content promoting self-harm following uproar over the death of 14-year-old Molly Russell. 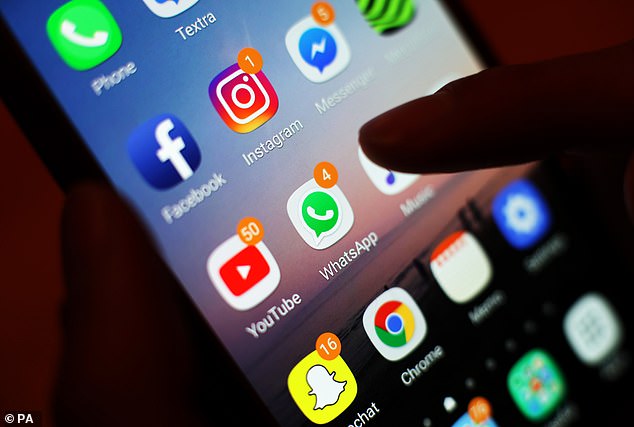 The leading medical body piled pressure on the company yesterday by calling for it to start donating a share of its profits to research links between social media use and mental health.

Dr Jon Goldin, vice-chairman of the college’s child and adolescent faculty, called for a duty of care to be imposed on internet companies to protect children. ‘The number of posts is very worrying and large and it is becoming out of control,’ he said. ‘There is so much and social media companies are not paying any attention.’

Analysis has shown that children as young as 13 are being bombarded with advice about how to hide anorexia and bulimia from their families, or dispose of food without anyone noticing. Vast amounts of posts can be found on the site promoting fad diets, alongside images that glamorise dangerous body sizes.

A further trend shows that teenagers are being invited to join private messaging groups to share extreme ‘fasting’ tips. Dr Goldin added: ‘Social media platforms should take more responsibility for what is on their platforms. 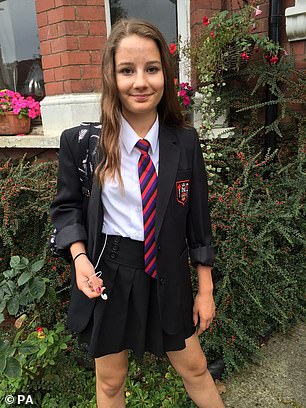 Molly Russell (pictured above) took her own life in November 2017

‘Things that are clearly harmful to young people like glamorous images of emaciated women with their ribs visible and with professional lighting should not be promoted. If you are looking up eating disorders, you should be redirected to helpful content.’

The top psychiatrist said the images can be a ‘trigger’ for young children who are more vulnerable to mental health problems.

Last month, Instagram agreed to remove graphic self-harm content following the death of Molly Russell. The schoolgirl’s father Ian blamed the app, revealing that she had taken her own life at 14 after viewing images glamorising self-harm and suicide.

‘The pictures on there were so graphic – just skin and bones really. Anorexia would make you believe you are bigger than that … And Instagram reinforced that with the comments of “I feel so fat” all over those posts,’ she told the BBC. Now a healthy weight, she uses Instagram with her mother Julie to offer advice on dealing with eating disorders and to fight against damaging content. 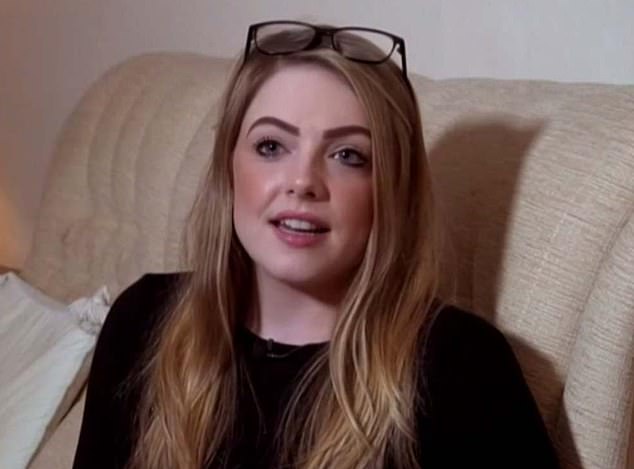 Although Instagram has cracked down on gory self-harm images, there are still large numbers of posts that promote dangerous eating disorders. The Daily Mail posed as a 13-year-old girl on the site and found many glamorising the deadly conditions. The site has previously taken steps to ban more popular hashtags and offers help to users who search for terms such as ‘anorexia’. However, experts have found that users simply modify the hashtags.

Tara Hopkins, Instagram’s head of public policy, said: ‘We do not and have never allowed content that encourages or promotes eating disorders and will remove it as soon as we are made aware of it.

‘Many people recovering from eating disorders use Instagram in a positive way to get support themselves and support others with recovery. As a result of the ongoing expert review into our approach to all self-injury content – which includes eating disorders – we expect to make some adjustments to our policy enforcement, including classifying more content as promotion, so more is removed.’