A handful of popular Instagram influencers are facing backlash online after taking part in a sponsored ad campaign for Saudi Arabia. The kingdom’s tourism... 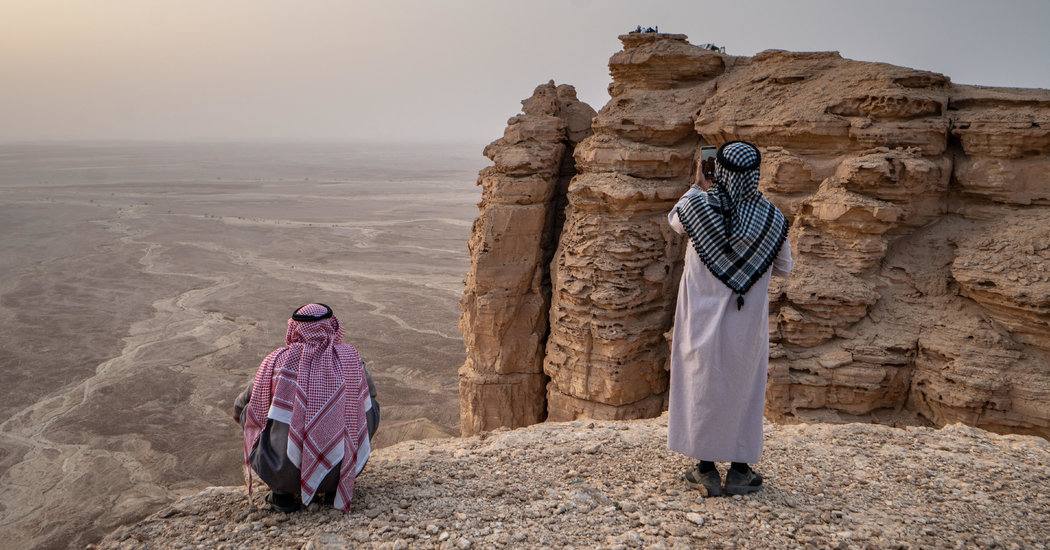 A handful of popular Instagram influencers are facing backlash online after taking part in a sponsored ad campaign for Saudi Arabia.

The kingdom’s tourism board and a program called Gateway KSA have given supervised trips to popular travel bloggers as the country prepares to expand its visa program. Saudi Arabia announced on Friday that it would open its doors to tourists from 49 countries, in an effort to diversify the economy and decrease the country’s reliance on oil.

In the days following the announcement, travel influencers began posting pictures from Riyadh and photogenic landmarks including a cliff top known as the Edge of the World, praising the country’s beauty and expressing gratitude for the opportunity to visit. The influencer Lana Rose, who lives in Dubai, told her 1.6 million followers that visiting Saudi Arabia felt like Disney’s “Aladdin” come to life. Many of the posts included the hashtag #ad and tagged the account @visitsaudi.

Some of the influencers’ more media-literate followers were troubled by their unbridled positivity, particularly given the Saudi role in the murder of the journalist Jamal Khashoggi. “Have you checked how many beheadings have happened in 2019 in Saudi?” one follower commented on a photo posted by the influencer Mick Salas. (In a single day in April, the kingdom executed 37 people, at least 33 of whom were part of the country’s Shiite minority.)

In response to an Instagram photo that the travel influencer @Lyss (following: 1.8 million) posted, one user commented: “Yeah, let’s just forget about the discrimination against women, the lack of a few basic human rights, and the corruption. As long as they have beautiful tourist attractions, it doesn’t really matter, right?”

Several influencers involved in the sponsored ad campaign scrambled to delete comments and block criticism from their pages. Chris Schalkx, a hospitality marketer, said via Instagram DM that he left a comment on a photo posted by @TaraMilkTea (1.3 million followers), about the activist Loujain al-Hathloul, who has been detained for more than 500 days after campaigning for Saudi women’s right to drive.

“She’s allegedly being tortured,” Mr. Schalkx said. @TaraMilkTea’s response, he said, was that tourists should keep “an open mind” about the countries they visit. “When I replied people are in jail today standing up for basic human rights, and a journalist was killed just last year, she blocked me,” he said. Others said on Twitter that she had blocked them too.

Some travel bloggers also spoke out against the campaign, referring to the country’s widespread censorship of outspoken citizens.

Dianelle Rivers-Mitchell, a travel influencer and the founder of Black Girls Travel Too, said that influencers should learn about the places they’re asked to visit before promoting them for a free trip. “I’ve sat at boardroom tables with tourism boards who have offered to provide me with the red carpet treatment just to promote their destination,” she said. “I’ve walked away from several tourism boards because of the way they treat their citizens within that country. It’s not worth it.”

While many countries will provide a private guard or security to make an influencer’s experience better, Ms. Rivers-Mitchell said she would worry about recommending those places to average followers without the same access. “You have followers who breathe, eat, and sleep what you say,” she said. “If you have followers who take you up and visit that destination, but experience something totally different, they’re going to vocalize their experience from the mountaintops.”

Influencers are discovering that it’s easy to get backlash if they’re perceived as glossing over the harsher realities, even of their own experience of a destination. When travel influencer Brooke Saward posted from a tour of Pakistan in April, some commenters said that she had glossed over safety concerns for western tourists and the country’s record on women’s rights. “I’m glad your organized trip let you explore the country in new ways, but truthfully that same freedom and safety would be elusive for many travelers and even citizens there,” the journalist Miranda Green commented.

In 2016, a group of travel influencers faced criticism after traveling to North Korea and posting what many perceived as government propaganda to their YouTube channels. “I’m trying to focus on positive things in the country and combat the purely negative image we see in the Media,” the YouTuber Louis Cole wrote in the description of one video.

Ricky Ray Butler, the chief executive of Branded Entertainment Network, a product placement agency, said that typically travel influencers try to avoid taking sides in geopolitical matters. “A lot of creators I know aren’t political. They’re all about having fun and adventure and experiencing new things,” Mr. Butler said. “They’re not thinking about politics, they’re thinking about the lifestyle.” Still, he said, they should be careful not to engage in propaganda.

Jessica Nabongo, a travel influencer, said that for most of her peers — herself included — travel and politics exist on separate planes. She said that much of the criticism around visiting specific countries comes from trolls and people who weren’t followers to begin with. The backlash is also heavily influenced by the way certain regions are portrayed in the western media. Ms. Nabongo pointed out that the United States is not without its own problems. “I challenge a lot of Americans to look inward before they start pointing the finger outward,” she said.

Though Ms. Nabongo has a master’s in international development from the London School of Economics and formerly worked for the United Nations, she prefers to keep her Instagram captions focused on the people and culture of where she travels. But, “some of these influencers don’t care about the culture,” Ms. Nabongo said. “They’re not trying to teach their audience anything. They’re there for the picture.”