The president urged people to forgive each other after the riots on Monday Indonesian President Joko Widodo has sought to ease tensions... 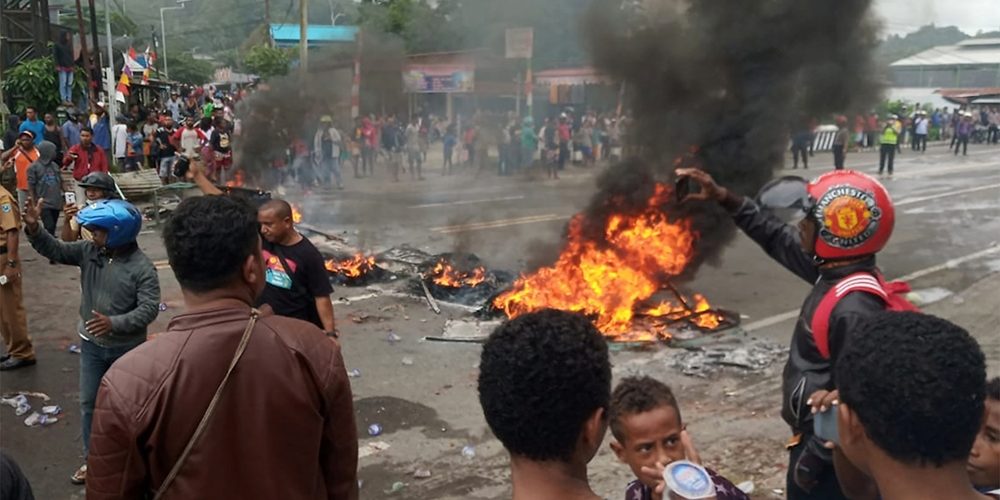 In a statement late on Monday, the president, also known as Jokowi, urged people to forgive each other after the riots, adding that the government will try to look after “the honour and welfare of all people in Papua and West Papua.”

“My brothers and sisters in Papua and West Papua, I know you feel offended. Therefore, as fellow countrymen, to forgive each other is the best. You may get angry but forgiving is better,” Jokowi said.

“It’s okay to be emotional, but it’s better to be forgiving. Patience is also better.”

Jokowi’s chief security minister, Wiranto, also pledged a “complete and fair” investigation into incidents in East Java that triggered the protests and in Papua, saying the situation in Papua had been contained.

National Police Chief Tito Karnavian expressed regret over the riots, which he said had been triggered by the treatment of the Papuan students and by a hoax about a Papuan student being killed during the detentions in Surabaya.

“There are some people who deliberately stirred this information for their own interests,” Karnavian told reporters in Surabaya. “That is not true, this is a hoax and I call on people in Papua and outside Papua not to be provoked by untrue news.”

A separatist movement has simmered for decades in the West Papua region, where there have been frequent complaints of rights abuses by Indonesian security forces.

The latest unrest began last Thursday in Java island, when a group of Papua students who were holding a pro-independence rally in the city of Malang, clashed with members of a local right-wing organisation and were detained by police for questioning. 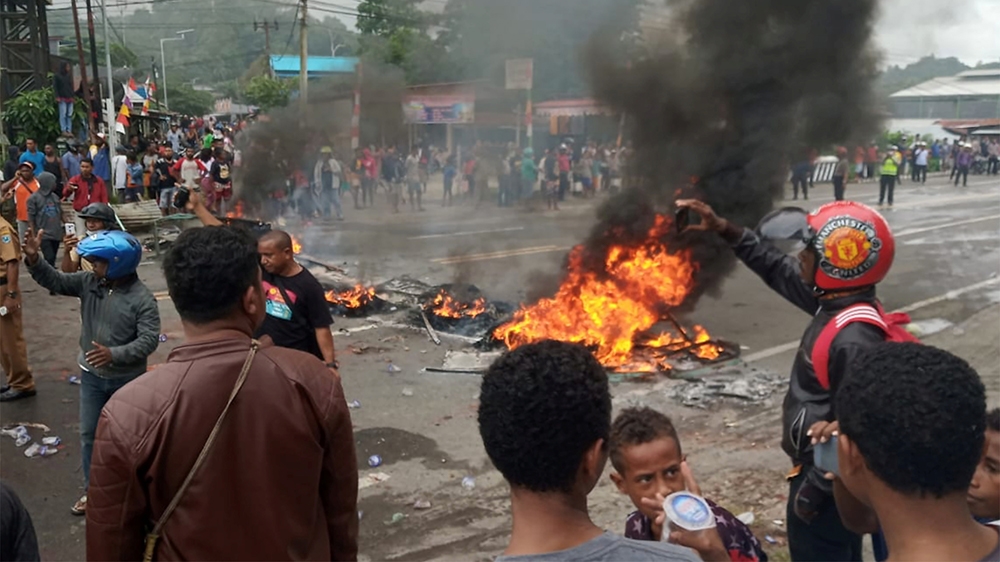 Then on Sunday, police stormed dormitories in Surabaya, Indonesia’s second-largest city, after Papuan students staying there reportedly refused to be questioned over allegations that they had intentionally damaged the national red-and-white flag in the dormitory’s yard.

The students have denied the allegations. They were later released by police on Sunday.

The raid and detentions, as well as the reported racist taunts by bystanders against the Papua students, angered the West Papua residents, who then carried out the violent protests on Monday.

In Manokwari, the capital of West Papua province, where the most violent incidents of burning of office buildings took place, Deputy Governor Mohamad Lakotani said Papuans are demanding an apology for the slur against the students, as well as protection for anyone studying across the archipelago.

In a televised statement following the protests, East Java Provincial Governor Khofifah Indar Parawansa declared, “We apologise because this does not represent the voice of the people of East Java. He called the slur “someone’s personal outburst of emotion”.

The West Papua region, the resource-rich western part of the island of New Guinea, make up a former Dutch colony was incorporated into Indonesia after a widely criticised UN-backed referendum in 1969.

There have been allegations of human rights violation taking place since then.

Unrest has persisted and separatist armed fighters killed a group of construction workers in December 2018, triggering a military crackdown that displaced thousands in the Nduga area.