BANDA ACEH, Indonesia (AFP) – From cleaning up relatives’ graves and sharing food with the poor to holding colourful torch-lit street parades, millions of... 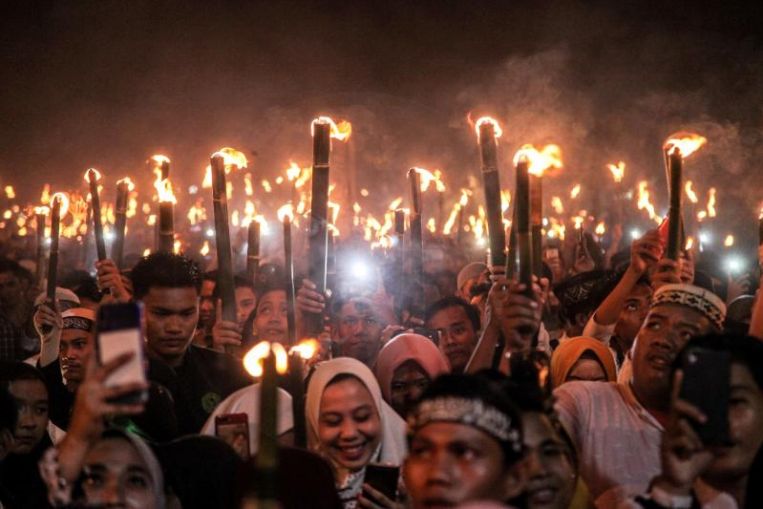 BANDA ACEH, Indonesia (AFP) – From cleaning up relatives’ graves and sharing food with the poor to holding colourful torch-lit street parades, millions of Indonesians are getting ready to welcome the holy month of Ramadan in the world’s populous Muslim-majority country.

Ramadan begins on Monday (May 6), with devotees fasting from dawn to dusk until Eid celebrations marking the end of the holy month.

In the conservative province of Aceh, Muslim families break their fast by eating meat together and sharing the meal with the poor, in a centuries-old tradition known as Meugang.

As customers lined up in wait, butchers in the western province were busy at work, chopping bones and slicing meat.

“It’s a tradition that we must follow, I’ll cook rendang and eat with my family,” Ramla, who like many Indonesians has only one name, told AFP, referring to a popular beef stew.

In the capital Jakarta, thousands of Muslims marked the holy month by visiting cemeteries to clean up their relatives’ graves and pray for the departed so they would get peace in the afterlife.

Outside, flower sellers set up makeshift tents to sell blossoms to visitors so they could scatter petals on their relatives’ graves.

“Before the fasting month begins we usually visit each other, but we don’t only visit the living ones, we also visit the dead,” said Cepi Imamsyah Arian Tandjung, who was visiting the graves of his parents, brother and uncle.

About 90 per cent of Indonesia’s 270 million people follow Islam but influences from other religions are deeply ingrained in the country, including “Nyadran”, a Javanese ritual heavily influenced by Hindu and Buddhist traditions.

In Temanggung in Central Java, over a thousand people joined Nyadran celebrations, carrying a round basket filled with food on top of their heads before sharing in a communal feast.

In Tangerang, on the outskirts of Jakarta, hundreds of locals bathed in a spring or a river, taking part in a cleansing ritual known as “Padusan” to purify oneself before entering the holy month.

In North Sumatra, locals including children wearing traditional dress chanted prayers as they held a torch-lit procession to make the start of Ramadan.