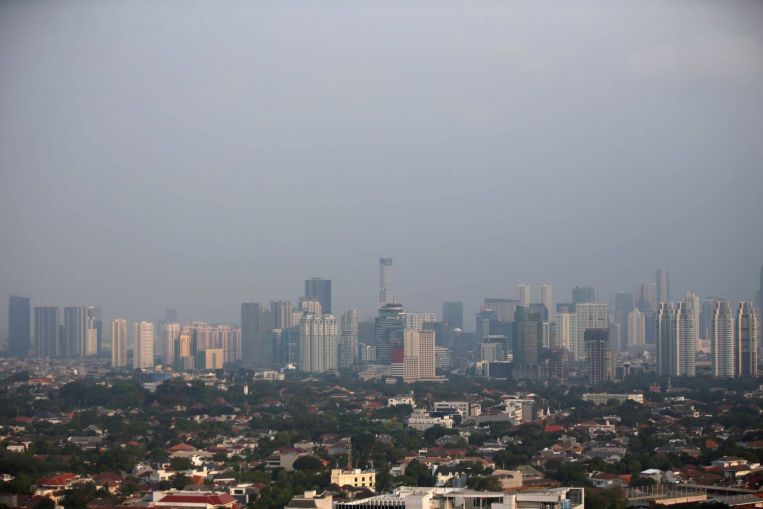 JAKARTA (THE JAKARTA POST/ASIA NEWS NETWORK) – Ever since taking office in Flores, East Nusa Tenggara, in December, Nagekeo Regent Johanes Don Bosco Do has been receiving grim reports from residents living in coastal areas in the northern and southern parts of the regency.

According to observations from local officials and residents, waves from the Flores Sea have eroded the coast of Aeramo village, the region’s most populous village with 6,000 people, by 3 to 4 metres each year.

“I have seen firsthand that beaches are facing erosion,” Mr Johanes said.

Indonesia, the world’s largest archipelagic nation, is losing its coastal areas due to rising sea levels and unsustainable economic activities.

According to a study from the Maritime Affairs and Fisheries Ministry, the country loses around 1,950 ha of coastal area – an area equivalent to Padang Panjang, a city in West Sumatra – annually due to erosion. Only 895 ha of new beach land is formed every year from natural sedimentation.

In the last 15 years, the country has lost 29,261 ha of coastal area, which is about the size of Jakarta.

The northern coast of Java Island is one of the areas that has been affected most by erosion. In terms of provinces, the three most affected regions are Central Java, East Java and Southeast Sulawesi.

“They cut down dozens of hectares of mangrove trees to be converted into milkfish ponds,” he said.

Coastal erosion is a natural phenomenon occurring in coastal areas where land along the coastline is displaced due to the waves, tides, currents and wind, among other factors. In ideal conditions, such land is replaced by the same amount of sediment eroded from other areas in what is called accretion.

However, this natural balance is not occurring on Flores Island as well as other regions in Indonesia.

“In Java, a small number of beaches have experienced massive abrasion. The erosion in Sulawesi hit more places compared to Java. Therefore, Sulawesi lost more of its coast compared to Java,” the ministry’s head of the coastal disaster mitigation section, Mr Abdul Muhari, told the The Jakarta Post.

While rising sea levels due to climate change have become a factor in land loss, environmental damage has also made the coasts more vulnerable.

Mr Wahyu Budi Setiawan, a researcher with the Centre of Oceanography Research at the government-sanctioned Indonesian Institute of Sciences (LIPI), said local factors might play more of a role in erosion than global factors.

“While the rise of sea levels due to global warming might have contributed to erosion in some regions, a disruption in the local coastal landscape will have a bigger role in worsening the phenomenon,” he said.

Erosion along the western coast of Demak, Central Java, over the last 20 years caused three villages – Bedono, Rejosari and Timbulsloko – to sink into the sea. Experts said the abrasion in the area, considered among the worst in the country, was due to the construction of ports and industrial projects.

In Southeast Sulawesi, rampant mining has been blamed for environmental destruction in the islands in the northern part of the province. At Siontapina Beach on Buton Island, there were reports of abrasion due to rampant illegal sand mining. Residents of Wowoni Island also protested against mining activities in the area.

According to a government estimate, around 60 per cent of the total population – or about 150 million people – live in coastal areas. Moreover, authorities estimated that 305,596 people lived on small, remote islands in 2016.

The country is at risk of suffering economically as more than 80 per cent of industrial locations is located in coastal areas, thanks to its ease of access to commercial centres.

Fisheries industries would also suffer, especially aquaculture, which is expected to supply 60 per cent of domestic fish. According to data from Statistics Indonesia in 2015, the country’s coastal areas have 12 million ha of aquaculture potential.

The government has been taking steps to protect the country’s coastal regions from erosion. The Public Works and Housing Ministry, for example, is installing concrete-based structures such as seawalls, while the Maritime Affairs and Fisheries Ministry has been installing green structures at beaches in 14 regencies since 2015 to help in the erosion recovery process.

Green structures are expected to act as a substitute for mangrove forests, helping in the sedimentation process and forming new land. Mangrove seeds are expected to be spread by sea waves onto sedimented land in this process.

The ministry estimated that 1,025 ha of coastal areas would be restored through this approach by the end of the year.

However, the government needed to ramp up its efforts to save land from erosion, a researcher said.

“The government needs to work with all parties: regional administrations, civil society and schools. They should increase efforts to recover mangrove forests because they not only protect the environment, but also provide economic benefits for people living around them,” said Dr Armi Susandi, a researcher with the Bandung Institute of Technology.