NEW DELHI – (BLOOMBERG) – The sudden slowdown in India’s economy is spreading from carmakers to gold, leaving policy makers fretting as the room... 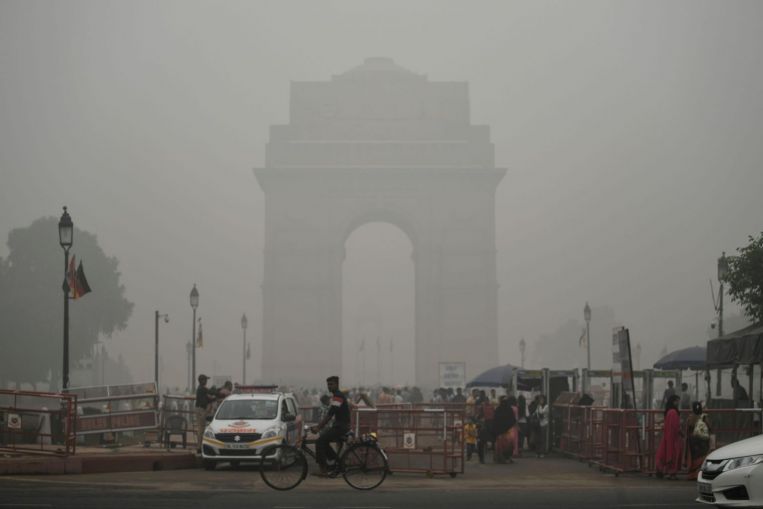 NEW DELHI – (BLOOMBERG) – The sudden slowdown in India’s economy is spreading from carmakers to gold, leaving policy makers fretting as the room for stimulus runs out.

A crunch that started out in the shadow banking industry and hurt retailers and auto businesses is now infecting everything from diesel to home sales. Company defaults on bonds are at a record, output of coal, cement and other heavy industries are contracting, manufacturing is shrinking and trade has plunged.

On top of that, toxic air in New Delhi is driving away tourists, disrupting flights and shutting schools. It’s all culminating in Prime Minister Narendra Modi’s biggest test since he was re-elected with an overwhelming majority in May, with the government so far failing to inspire confidence in its efforts.

“The current downturn is so broad and relatively deep, there is a downward spiralling effect that takes more than political rhetoric to change course,” said Seth Freeman, a senior managing director at GlassRatner Advisory & Capital Group in San Francisco, who specialises in strategy on emerging markets entry including India. “Something has to happen that restores confidence.”

The government has taken several steps to boost the economy, the biggest of which was a cut to corporate taxes worth US$20 billion (S$27 billion), spurring a rally in the stock market. However, the fiscal measures so far have focused on boosting investment rather than domestic spending, with authorities stopping short of bailouts and direct support to consumers given a widening revenue hole in the budget.

The Reserve Bank of India has already cut interest rates five times this year, by a cumulative 135 basis points, though banks aren’t passing on the easing to customers. The door for further rate cuts may now be closing as inflation starts to tick up and the US Federal Reserve signals a pause in its easing cycle.

It wasn’t so long ago that India was the world’s fastest-growing economy, expanding more than 8 per cent in the first three months of last year. Now it’s posting growth of 5 per cent, the weakest pace in six years. That may not look so bad in a world economy that’s also fast losing momentum, but for a country with 1.3 billion people and widespread poverty, growth of 5 per cent is considered recessionary.

“The economy has performed worse than most had anticipated this year,” said Darren Aw, Asia economist with Capital Economics Ltd. in Singapore. “There is a case for fiscal loosening to complement monetary easing.” With tax collection lagging estimates, economists predict the government will miss its budget deficit target of 3.3 per cent of gross domestic product this year. To plug the revenue hole, Finance Minister Nirmala Sitharaman is extracting more dividends from the central bank and state-run companies, and selling some government assets.

Missed Chance For Modi, the run of bad news may be hurting his party’s popularity. The Bharatiya Janata Party lost some ground in two crucial state elections last month, especially in drought-stricken farming districts. He faces three provincial elections between now and the end of 2020.

It’s against that backdrop and opposition from farmers that Modi’s government decided at the last minute not to join the world’s biggest regional trade pact. That may help shore up his popularity with rural citizens, a key voting bloc, but is a missed chance to integrate India’s manufacturing within global supply chains and boost trade.

From the RBI to the International Monetary Fund, growth projections have been downgraded for this year. The central bank is forecasting growth of 6.1 per cent in the year through March 2020, down from 6.9 per cent previously, while the World Bank cut its projection to 6 per cent from 7.5 per cent.

Gross domestic product data due Nov 29 will probably show a mild recovery in growth to 5.5 per cent in the September quarter, though economists say the main reason for that may be a statistical gain.

“Some of the rebound in growth will be driven by favourable base effects,” said Priyanka Kishore, head of India and Southeast Asia research at Oxford Economics in Singapore. “In the absence of a stronger policy push to revive stalling income growth, underlying spending momentum is unlikely to pick up substantially.”

India’s biggest shopping season around the festival of Diwali also turned out to be a damp squib this year. Bank of America Merrill Lynch said research from 120 retail outlets in the financial capital of Mumbai indicated a drop of more than 90pr cent in customers compared with the previous year’s festival period.

For Fitch Ratings, a turnaround will only come about once underlying pressures in the financial sector ease and credit growth improves.

“The financial sector is very crucial for the macro outlook in India,” Brian Coulton, Fitch’s chief economist, told BloombergQuint. “What we have tended to see when we’ve had problems in the financial sector, which then feed through to the real economy, it takes an awful long time to turn that around.”