Video of an Indian Muslim man being lynched by a mob on suspicion of stealing while being forced to sing religious Hindu chants has... 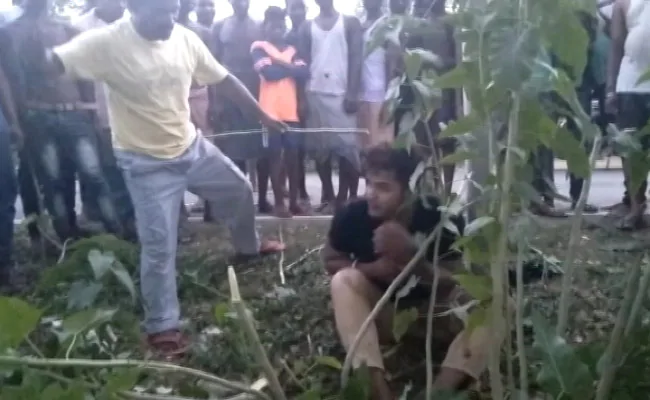 Video of an Indian Muslim man being lynched by a mob on suspicion of stealing while being forced to sing religious Hindu chants has been circulating the internet on Sunday.

The video has gone viral after the man was confirmed dead on Sunday in the hospital of the injuries he sustained in the lynching incident.

The shocking video taken on June 18, shows the man, who was later identified as 24-year-old Tabrez Ansari, being attacked by a mob in the Kharsawan district of Jharkhand region after he was accused of theft. The man was beaten up by the mob for more than 18 hours before they handed him to the police.

Several videos of the lynching indent were shared on the internet and the story has made waves all around India with wide condemnation and demands to punish the criminals.

In one of the videos, a man was seen hitting Ansari with a wooden stick.

Yesterday in #India Mohammed Tabrez Ansari was brutally thrashed by Hindutva Mob in India, When he told his name to Mob, then Mob beaten him up brutally because of Muslim & Yesterday he died in Hospital
This is India for Muslims ? pic.twitter.com/2KCBJO6OP1

Another video documented the moment when the victim was forced to chant “Jai Shri Ram” and “Jai Hanuman”, Hindu religious chants.

When Mob came to know that he is Muslim, they forced him to shout Jai Sri Ram and Jai Hanuman and thrashed him brutally.

While the police launched an investigation into the crime and one of the accused was reportedly arrested, the story has outraged the Indian public as it is believed to be a hate crime by a group of men who falsely accused Ansari of the crime since he introduced himself to them and they realized he is Muslim.