Indian national Taqiullah Khan performed Haj for the first time in 1994. The Bengaluru resident, now 62, has undertaken the journey 24 times in... 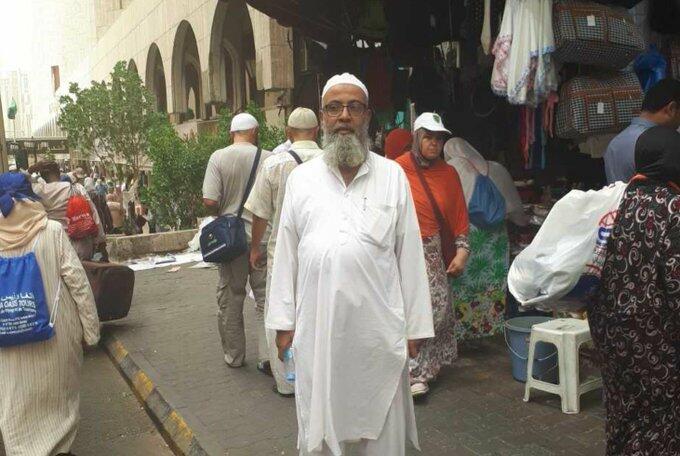 Indian national Taqiullah Khan performed Haj for the first time in 1994. The Bengaluru resident, now 62, has undertaken the journey 24 times in as many years ever since.

Khan is now back in Makkah to perform his 26th Haj.

For most Muslims, the holy journey is a once-in-a-lifetime experience due to the costs, difficulties and sacrifices involved. For Khan, it’s an annual affair, thanks to his tours and travels company.

“I have been coming here so many times that I know Makkah and Madina better than Bengaluru,” he quipped.

The first Haj
Interestingly, Khan’s mother had “predicted” that Haj would become an annual journey for him.

A year before he went for his first Haj, he had sent his parents for the journey in 1993.

“I requested that they pray for me to be able to visit the blessed land. When my mother came back, she told she had made this particular dua (supplication) so much that she believed I would perform Haj every year.”

Just like his mother predicted, Khan’s journey began in 1994. “I went as a Haji (pilgrim) like any other Muslim back then. I went back again the next year with my wife.”

He founded Tawakkul Tours and Travels in 1996 and applied for the Haj quota. He has been coming as a Haj guide ever since.

The father of three doesn’t necessarily have to come to the holy city along with the groups that his firm is responsible for. “For me, this is an honour from Allah and I wouldn’t miss it for the world. Most people consider themselves lucky if they are able to undertake the journey once in their lifetime. Allah has blessed me to perform Haj every year.”

He holds something called the Munazzam licence, which is granted to Haj organisers. “So you see, Allah has blessed me so much that this is actually my bread and butter, too.”

The Indian’s wife and two of their three children are Hajis as well.

The ‘missed’ Haj
Khan has just missed the Haj of 1999 since 1994. He had suffered a motorbike accident and his doctor asked him to avoid undertaking the arduous journey.

“But I have still performed Haj 25 times in 25 Gregorian years because I was lucky enough to get two pilgrimages in 1996.”

That year, Dhul Hijjah – the Islamic calendar month in which the journey is undertaken – came twice in 1996: January and December.

Preparations
Khan’s company gets a quota of 100 pilgrims every year. “This time, our quota increased by seven, Alhamdulillah.”

Khan said he starts preparing for the Haj season as soon the fasting month of Ramadan ends. “That’s when the government of India announces the Haj quotas.”

Khan’s biggest strength is his family. “They have been very supportive of my endeavours. Not once have they asked me to depute someone else to lead the groups since they, too, believe that this is an honour.”

Safety guaranteed
Khan is most impressed with the way the annual pilgrimage is organised.

“In the 25 years I have been leading Haj groups, not once have I heard a Haja (female pilgrim) complain about harassment. Not once has anyone complained about robberies or any serious crimes.

“It is amazing how the government manages to organise all this so efficiently year after year despite receiving in excess of two million pilgrims.”

Most memorable Haj
Though Khan maintained that each of his 25 pilgrimages was special, his first Haj in 1994 is the “most memorable”. “Haj season fell in the month of May. It was very hot then. But it remains the most special Haj for me. I remember every single aspect of that maiden trip. I enjoyed it.”

During the Haj of 1997, when a massive fire broke out in the tent city of Mina, Khan and his group of 60 Hajis were just 500 metres away from the tent in which a cylinder exploded. The tragedy had claimed over 200 lives.

“The police evacuated us and we managed to escape. We came back to the holy city. Thanks to the government’s efficiency, we were able to go back to Mina the very next day. That’s another Haj memory that will always remain with me.”

When asked how long he plans to continue the annual journey, pat comes the reply: “As long as my health permits, I don’t plan to give this up.”