Prime Minister Narendra Modi addressed a massive rally Thursday in India’s most populous state of Uttar Pradesh, where he exulted the achievements of his... 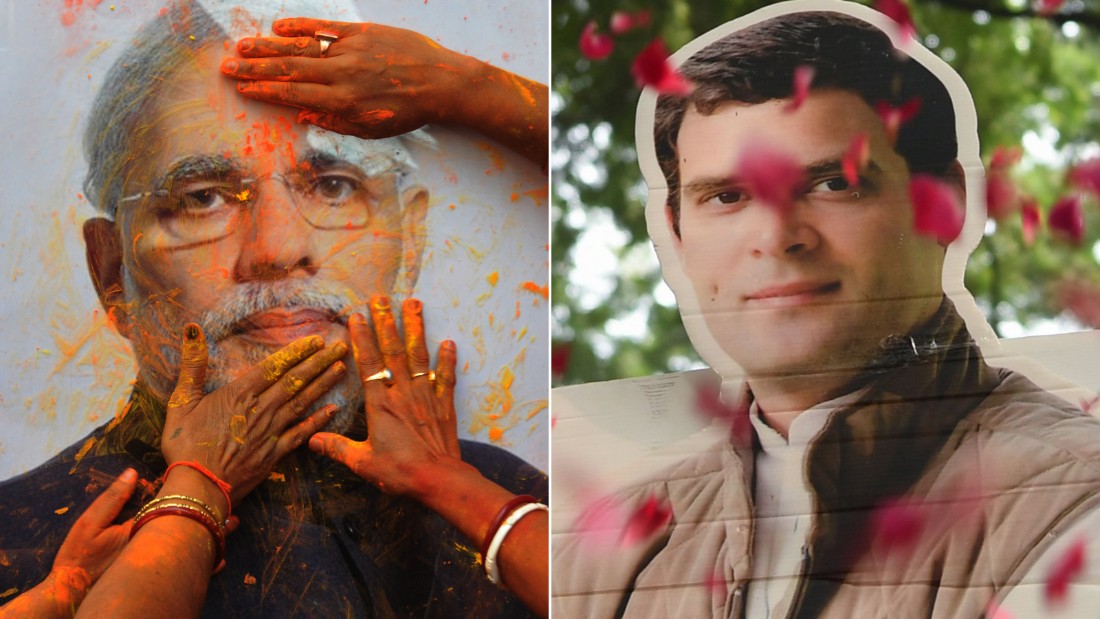 Prime Minister Narendra Modi addressed a massive rally Thursday in India’s most populous state of Uttar Pradesh, where he exulted the achievements of his government and derided attempts being made by opposition parties to unseat him.

Modi’s Bhartiya Janata Party is vying for votes in Uttar Pradesh — seen as a key state to win the election.

The enormous state lies in India’s north and has a population of 200 million people; if it were a country, it would be the fifth largest on the planet.

As India’s most populous state, it has the largest parliamentary representation and holds huge political sway.

But Modi is facing tough competition in Uttar Pradesh from a coalition alliance formed by two regional parties — the Samajwadi Party and the Bahujan Samaj Party — and India’s main opposition party, Congress.

The rally in Meerut is Modi’s first since dates for the general elections were announced — officially kicking off election season in the world’s largest democracy.

Speaking to thousands of people on Thursday, Modi touted accomplishments that he said his government has achieved during his tenure, including action to address terrorism, and providing electricity and cleaner fuel to the poor.

“There is no corner in the country that has been untouched by development from us. Our first time voters when they go to the booth and before they press the button to vote for BJP, they will take a vision of development with them,” said Modi.

The state is one of India’s most poverty-stricken states and home to 8% of the world’s poor.

But Modi has been repeatedly criticized for not doing enough to create jobs across the country.

“In the coming days, I will put forward the work done by the government. Our vision is of a new India and of the kind of India that is proud,” he said.

Criticizing the previous governments for allegedly lining their own pockets and not doing enough to eliminate poverty, Modi dismissed the recent minimum income plan announced by Congress.

Last week, the Congress Party announced that it would provide an annual income of $1,045 per annum to 50 million families if they were voted into power.

The Congress did not reveal details for the plan and the BJP has claimed that it provides better economic help to the poor through subsidies and welfare programs.

The BJP has repeatedly used its record on national security to beef-up Modi’s profile as a leader who is strong on defense. Modi has spoken about the increase in India’s muscle power and international strength, particularly in the wake of the Kashmir crisis that saw India and longtime rival Pakistan edge to the brink of war.

On Wednesday, Modi announced that India had conducted an anti-satellite missile test that put the country in a league of global “space powers,” and boosted India’s defense capabilities.

“I will put everything on the line for the country. No political or international pressure can scare your prime minister,” said Modi.

Modi is expected to address two more rallies today in Jammu and Kashmir and Uttarakhand.