In Venezuela, Some Crime No Longer Pays

CARACAS, Venezuela—From his hilltop slum overlooking this decaying capital, Luis Martínez lamented that his once-lucrative armed robbery and kidnapping-for-ransom business is way down.

Bullets are too costly, as are parts for his getaway car. Few victims carry U.S. dollars these days; the local bolivar is nearly worthless. There’s simply less money around to steal.

“Being a ‘malandro’ isn’t what it used to be,” said Mr. Martínez, 26, using a local idiom for gangster. Sipping cheap rum under a streetlight with a partner, he pulled out a Glock semiautomatic from his fanny pack to show he was down to five bullets. “I have to ration these. It’s getting too hard to keep up.”

Mr. Martínez’s predicament highlights a surprising byproduct of Venezuela’s crisis: Violent crime is down in one of the world’s most dangerous countries. Criminologists say some outlaws are rethinking their trade amid an economic bust that has reduced economic output by more than half since 2013 and extrajudicial killings of suspected criminals by state security forces.

Venezuela has long withheld crime data, arguing that opponents of the ruling Socialist Party use it to smear the government. Many victims don’t report crimes because they distrust police. And not all types of crimes are down. Nationwide blackouts in the past week amid a standoff between President Nicolas Maduro and the political opposition have sparked fresh looting and chaos in the country. 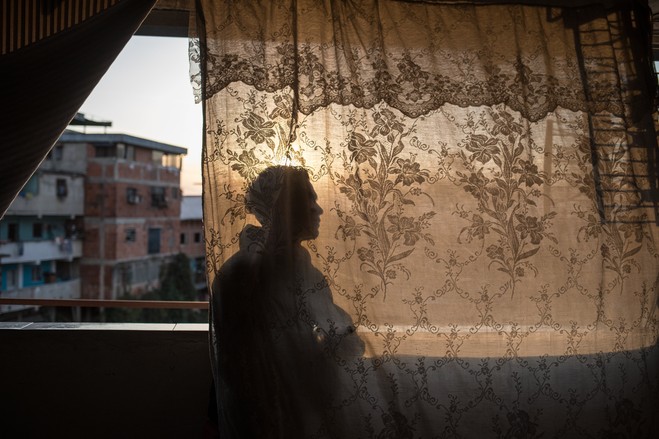 Mr. Martínez’s once-lucrative armed robbery and kidnapping-for-ransom business in Caracas is way down. He now supplements his gangster life by selling coffee shots on the street.

But organizations that track crime have recorded notable drops in urban violence. After soaring each year since 2004, homicides have fallen by 19% in the past two years, according to the nonprofit Venezuelan Observatory on Violence. The number of kidnapping cases reported to Venezuela’s investigative police dropped by a third during the period to 308 in 2018, according to Javier Mayorca, a Venezuelan security consultant.

“There’s not much to celebrate these days but maybe this is something,” said Gloria Cermeño, a 42-year-old accountant in Caracas.

The exodus of 3.4 million Venezuelans fleeing the economic calamity means fewer potential victims, like the commuters and nighttime partygoers that Mr. Martínez said he used to target.

Some malandros have joined the exodus. In August, police in Peru sentenced five alleged members of a notorious Venezuelan crime syndicate called the Aragua Train to nine months in prison on drug-trafficking, robbery and weapons charges. In Colombia and Brazil, reports of crimes by Venezuelans have prompted acts of mob justice.

Then there are the lousy payouts for risky crime jobs.

Up until a few years ago, authorities in Caracas’s upscale El Hatillo district—where many large ranch-style homes now sit vacant—used to log as many as two kidnappings a day, according to its director of citizen security, Javier Gorriño. But they have recorded just two since the beginning of 2018. In the latest one, the ransom payment was $400, he said, a far cry from the tens of thousands of dollars that professional gangs used to demand.

“The crisis has hit us all, even the malandros,” said Mr. Gorriño.

Not all crime is on the decline.

Offenses reflecting economic desperation are on the rise. In Caracas’s Sucre district, which spans high-end apartments to Petare, the country’s largest slum, car thefts and residential burglaries more than doubled in 2018 compared with the previous year. 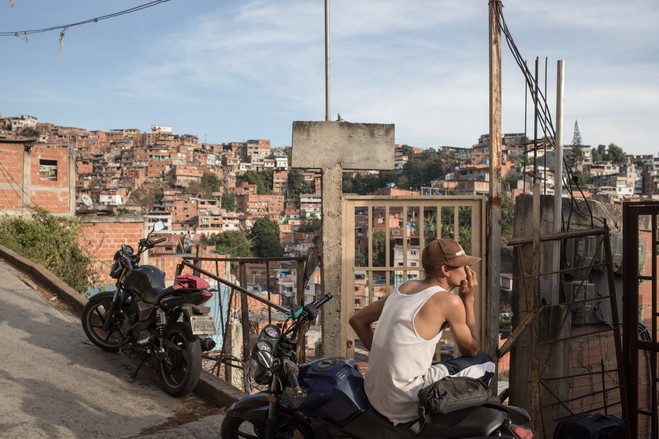 Carlos Rojas, Mr. Martinez’s partner in crime, struggles to support his teenage girlfriend and their 2-year-old son. With fewer illicit opportunities, he now works in an auto-body shop.

“Where in the past the criminals’ priority was luxury goods—some Nikes, a cellphone or a brand-named T-shirt—now they’re looking for food,” said Roberto Briceño-León,  head of the Observatory on Violence.

He said there’s an uptick in home invasions to raid refrigerators. “In anthropology, we call this the search for protein,” Mr. Briceño-León said. “This is completely new in Venezuela.”

Sweeps by security forces to target and kill violent criminals, which human rights groups have condemned, have also had an impact. Such offensives in the slums left nearly 3,700 people dead in 2017 and 2018, according to an independent Caracas-based human rights group, the Families of Victims Committee.

“It’s not worth the risk anymore,” said Carlos Rojas, 22, Mr. Martínez’s partner, who struggles to support his teenage girlfriend and their 2-year-old son, whom he was carrying as he spoke.

Last year, Mr. Rojas traded his old getaway car for a dirt bike, which he said he had hoped to use to bear down on victims to rob purses and cellphones. But he and Mr. Martínez ditched the idea, fearing extrajudicial retribution from police officials who set up random checkpoints at night in slums, often wearing black ski masks and toting shotguns. 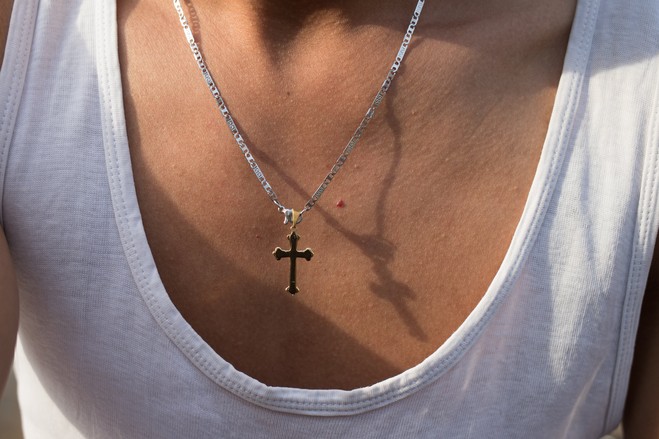 In recent months, Mr. Martínez has resorted to selling shots of coffee on the street while Mr. Rojas spends his days working in an auto body shop.

The two recently reminisced about weekend block parties where liquor flowed until dawn and drunken residents celebrated by firing their guns in the air. Such entertainment is a distant memory now, with bullets on the black market selling for nearly $1 a piece in a country where most people make less than $10 a month.

Transitioning to a simpler life has been tough, said Mr. Martínez, who said he spent four years in a Venezuelan prison after being arrested in a failed kidnapping attempt.

In August, he said he was laid off from a job as a mechanic after the government decreed a 6,000% increase in the minimum wage, putting many shops out of business. The whole experience, Mr. Martínez said, has left him disillusioned.