In Clashing Accounts, Trump and Rouhani Explain Why U.N. Meeting Fell Through

President Hassan Rouhani of Iran said Friday that President Trump had offered to meet with him at the United Nations this week and then... 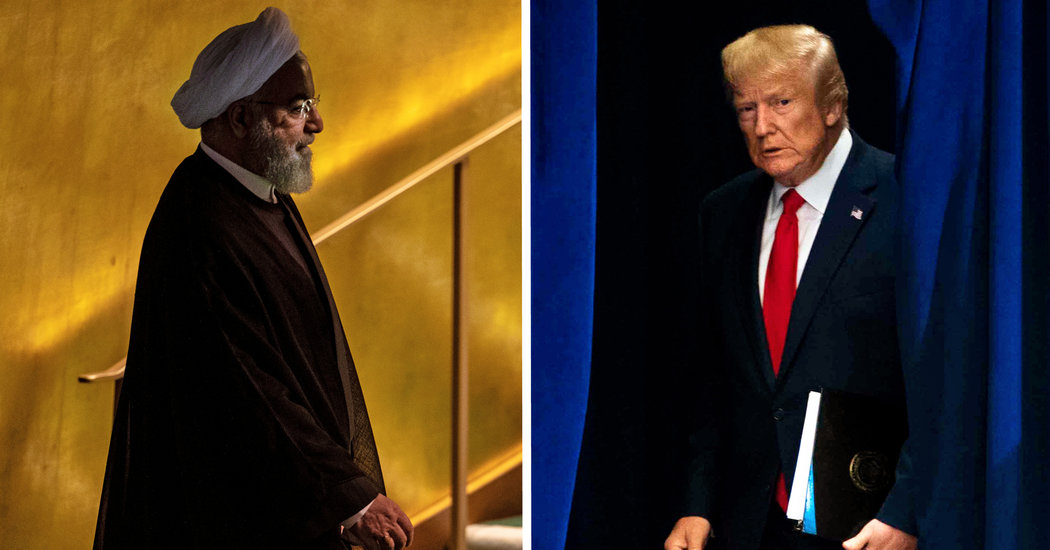 President Hassan Rouhani of Iran said Friday that President Trump had offered to meet with him at the United Nations this week and then lift all sanctions, but that Mr. Rouhani declined because the “optics” of such a meeting were unacceptable.

Mr. Rouhani’s assertions, reported on his website as he returned home from the United Nations General Assembly, were quickly disputed by Mr. Trump on Twitter.

“Iran wanted me to lift the sanctions imposed on them in order to meet,” Mr. Trump said. “I said, of course, NO!”

The contradictory narratives added a new twist to the frantic diplomacy that America’s allies at the United Nations engaged in while trying to arrange a meeting between Mr. Trump and Mr. Rouhani, in an effort to halt spiraling tensions between the United States and Iran.

Mr. Trump has imposed onerous economic sanctions on Iran since he abandoned the 2015 nuclear agreement last year, calling it “a disaster” that would not deter Iran from making nuclear weapons.

Iran has responded by halting its compliance with some provisions of the agreement while insisting that it would return to compliance — if the sanctions were lifted first and if the United States rejoined the agreement.

Tensions have been further roiled by American and Saudi Arabian accusations that Iran attacked oil facilities in Saudi Arabia on Sept. 14. The Iranians have denied the accusations and have warned that a retaliation would invite war.

Mr. Rouhani told a news conference in New York on Thursday as he was about to leave for home that if the Trump administration dropped all the sanctions, “then negotiations with the U.S. are a possibility.”

On Friday, he said more about the diplomatic efforts to arrange a meeting with Mr. Trump.

“The Americans had sent a message through nearly all European leaders that they are ready to negotiate,” Mr. Rouhani said, according to his website. “The U.S.’s request was for bilateral talks, meaning the two presidents negotiate with each other and we had rejected this many times.”

He said Iran was willing to negotiate with the United States as part of a meeting with the other members of the 2015 nuclear agreement — Britain, China, France, Germany and Russia.

“The German chancellor and the U.K. prime minister and France’s president were all in New York and they were all insisting that this meeting happen and the U.S. saying it would lift all sanctions,” Mr. Rouhani said.

He said they had discussed which sanctions would be lifted and in what order, and that “the U.S. government said very clearly that it would lift all sanctions.”

But Mr. Rouhani said that “the optics of this were not the kind of optics that would be acceptable to us.”