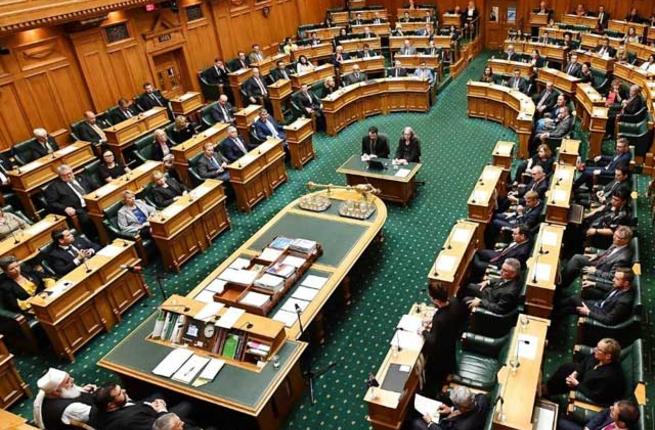 Nizam ul Haq Thanvi recited verses from the Quran, in Arabic, for the victims of last week’s massacre of peaceful worshippers.

A translation into English by Imam Tahir Navaz followed.

“They were New Zealanders, they were us. Because they were us, we mourn them,” she said of the attack’s victims.

The session comes in the wake of last week’s terror attacks, when a terrorist opened fire on worshippers during Friday prayers at the Al Noor and Linwood mosques in Christchurch, leaving at least 50 people dead.

About as many were injured, with several still in critical condition.