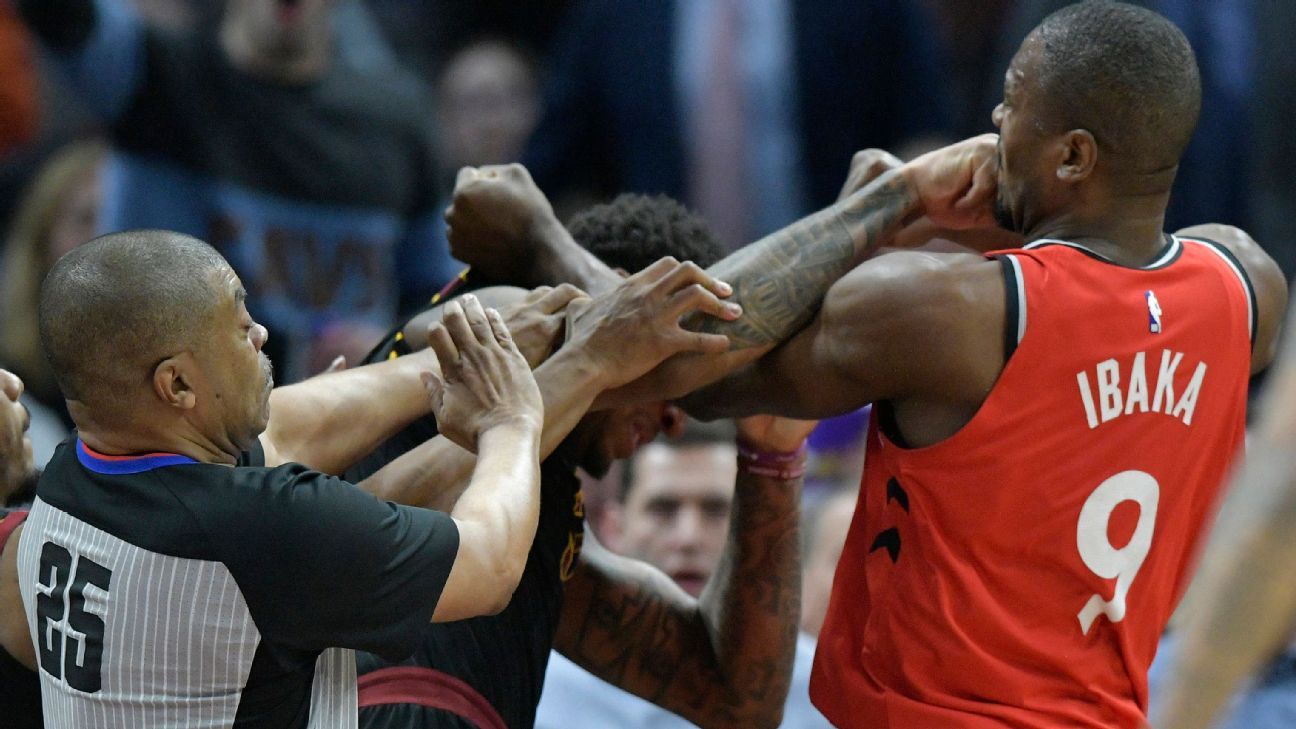 Toronto Raptors center Serge Ibaka and Cleveland Cavaliers forward Marquese Chriss were ejected from Monday night’s game after getting into a physical altercation.

Ibaka went to the floor after the two were battling for position under Cleveland’s basket as the Raptors attempted a full-court pass that sailed out of bounds.

Ibaka shoved Chriss from behind and grabbed near his neck before throwing a punch. Chriss responded with a punch before players from both teams separated the two. Ibaka immediately headed for the locker room, and both players were kicked out after the officials conferred.

Earlier in the game, Ibaka had hit the court hard in the second quarter after being fouled by Chriss following a rebound.

Neither player was available for comment following the game. A Raptors spokesman said Ibaka was reacting to something Chriss said to him after Ibaka was knocked to the floor.

Monday’s game marked the eighth ejection of Ibaka’s 10-year career and the third for Chriss in three seasons.

The NBA previously suspended Ibaka following altercations with Robin Lopez in 2017 and James Johnson last season. He was suspended one game after both of those cases.

As a repeat offender, Ibaka could be facing a suspension in the range of three to five games, according to ESPN front-office insider Bobby Marks. Ibaka would lose about $149,000 for every game he misses.