IAAF Diamond League a Venue to Bring Africans Together

In the last couple of years, IAAF Diamond League has become a popular platform for Africans in Qatar to meet friends and relatives and... 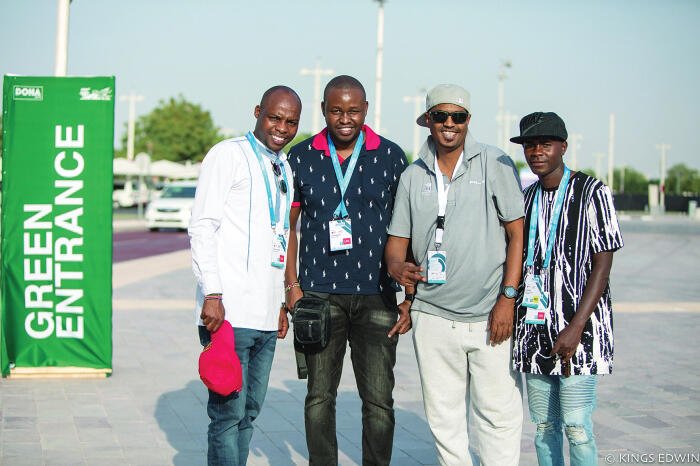 In the last couple of years, IAAF Diamond League has become a popular platform for Africans in Qatar to meet friends and relatives and interact with one another.

Come the event and the African expats make sure that they attend it so that they can link up with friends whom they have not met for weeks. It is at this event that one discovers that there is a large community of Africans in Qatar as people from all walks of life including families and singles gather to represent their countries.

A majority of them are Kenyans and Ethiopians who see the event as not just a great meeting place but also as a chance for them to have a glimpse of renowned athletes from their countries who participate in the League, and this year was no exception.

The IAAF Diamond League 2019 took place last Friday at the Khalifa International Stadium. It was the first time that the event was held in this venue. This gave the fans a chance to have the taste of one of the FIFA World Cup 2022 facilities. Africans living in different parts of the country arrived at the stadium in buses.

A number of African enthusiasts had booked tickets in advance to make sure they didn’t miss one of their favourite annual events. They arrived at the venue on Friday hours before the gates opened at 4:30pm to make sure that they did not miss any of the activities at the stadium.

They wanted to have a glimpse of track giants such as Hellen Obiri (Kenya), Genzebe Dibaba (Ethiopia), Caster Semenya (South Africa), Barnabas Kipyego (Kenya), Amos Nijel (Botswana), and Blessing Okagbare (Nigeria), among others.

And what was fascinating was that a majority of them had clothes and accessories that showcased their rich cultural heritage. They also sang and danced showcasing their respective countries’ culture. And all their excitement didn’t seem misplaced, as their countrymen came top in the games they participated in.

Perhaps the highlight of the event was the performance of the popular Kenyan group, the Green Maasai Troupe, which presented various kinds of songs including, ‘Jambo Kenya’ and ‘It’s time for Africa’.

Calvin Nabutola, a Kenyan, said that this was the second time that he was attending the event and he was happy to see many Africans coming together for one goal to cheer sportsmen and women. “This is an occasion that unifies people and brings together people from different countries gathered to have a glimpse of renowned athletes from different parts of the world. I would like to thank the organizers.”

An Ethiopian fan said, “I came to cheer Genzebe Dibaba. I was happy to see her in action live. I have attended this meeting every year since I came to Qatar about five years ago.”

A Kenyan said, “Hellen Obiri is our hero. Therefore, I came to cheer her and I am happy that she clinched top position in Women’s 3000 metres.”

Joy, another Kenyan, said, “Diamond League is a great event because I get to see my friends and make new ones. It feels good when cheering athletes from our country. It is an event that I long for in Qatar for I get a feel of being at home after meeting up with several African fans.”

John Ngurugwe, one of the community leaders tasked to organise the Kenyan expatriates for the event, said, “It is always a pleasure to be part of the IAAF Diamond League. I am grateful to Qatar Olympic Committee for giving us the opportunity to bring the Kenyans in Doha together.”

He said that it offers the best atmosphere and hopes that the IAAF World Championships in September will be on another level and was looking forward to the event.

He said that it brought the group into the limelight. “It was a good platform for us to be exposed. We met many Kenyans who want to join the group.”