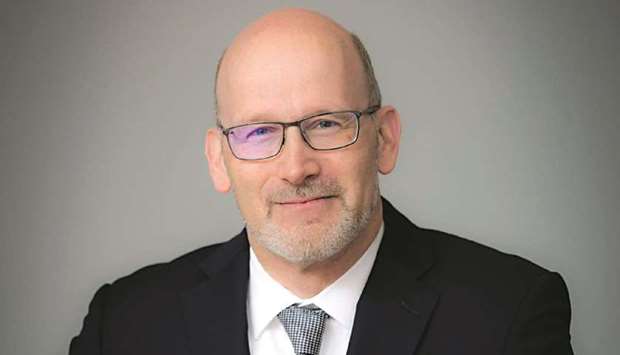 The recently-held 2019 IAAF World Athletics Championships in Doha has significantly and positively impacted Qatar’s retail sector, particularly destinations such as Doha Festival City (DHFC), the mall’s general manager Robert Hall has said.
“The event contributed to a business performance which was 22% over 2018 and 16% ahead of our forecast projections of guests attending the mall,” he told Gulf Times.
Hall noted that the event also attracted more than 4,000 children who took part in DHFC’s lead athletics experience events, creating a memorable experience for young mall-goers from September 5 to October 3.
He said DHFC was delighted to be part of this major international sporting competition through sponsorship and collaboration in making athletics accessible to children residing in Qatar and to visitors from abroad. It is learnt that many of the shops and boutiques, restaurants, and coffee shops, among other outlets at DHFC, as well as other malls in Doha, received more customers during the event, which saw around 2,000 athletes from more than 200 countries competing in 49 sports disciplines.
Many food trucks operating within the venue also had the opportunity to offer various options, from meals, snacks and drinks, for athletes, delegates, and athletics fans. Highlighting the importance of contributing to make international events such as the World Athletics Championships in Doha memorable and successful, Hall said: “We strongly believe that there is a synergy between sport and athletics in particular, with our brand Festival City.”
“The Centre features an outdoor events area and running/cycling track to support the health of the nation and the facility is enjoyed on a regular basis by our local residents,” he said. “The mall is widely used by residents to walk and socialise and enjoy the feeling of happiness and well-being.”
“The engagement of the mall in bringing elements of the games, if only from a children enrolment perspective, created many positive comments from our visitors, and indeed, one member of the IAAF ambassadors team commented that they wish they had seen such opportunity in other malls across the world,” Hall added. The general manager lauded Qatar’s successful hosting of major international sporting events in the previous years and its efforts to attract more foreign visitors from different countries around the world.
He quoted IAAF president Lord Sebastian Coe’s earlier statement on Qatar’s handling of the Championship and observed that Qatar excelled in bringing the event to the Middle East for the first time in history. The games, according to Coe, produced an outstanding performance from so many participants, with world records, national records, personal and season best achievements – the stand out achievement being medals won by Qatar national athletes.
“The vision, some five years ago, to bring this event to the people of Qatar and for the government to be so supportive of entry visas to new nations greatly encouraged the attendance of a new audience and of course a worldwide celebration of the event itself,” Hall said.
“DHFC was delighted to be given the opportunity as sponsor of this international event and to share in the delight of the nation in the successful hosting of the IAAF World Championships 2019,” he added.