Beirut gets tough on foreigners working without permits A general strike was held in all Palestinian refugee camps in Lebanon on Wednesday, to protest... 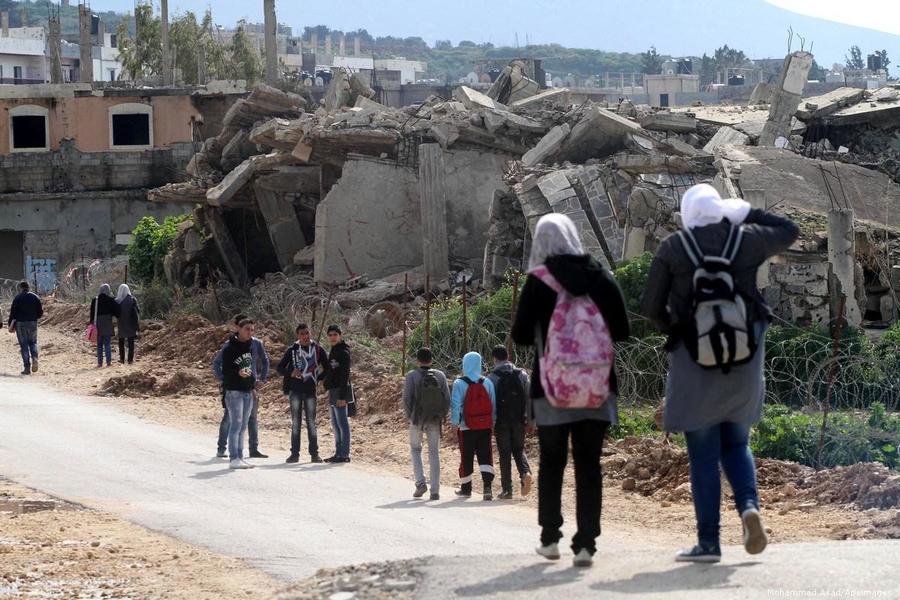 Beirut gets tough on foreigners working without permits

A general strike was held in all Palestinian refugee camps in Lebanon on Wednesday, to protest against the Labor Ministry’s crackdown on businesses employing foreign workers without a permit.

Hundreds of Palestinian refugees took to the streets of the capital Beirut and elsewhere in the country on Tuesday, demonstrating against the ministry’s decision, calling it “unfair.”

Labor Minister Kamil Abu Sulaiman launched the controversial initiative, which initially was to target the nearly 1.5 million Syrian refugees in Lebanon. Millions of Syrians have fled their country since the war there began in 2011. But the Lebanese measures went beyond that, also affecting thousands of Palestinian refugee workers.

Last month, the ministry gave businesses 30 days to acquire the proper work permits for their employees, while denying that the law was directed at any specific nationality.

“Of the 550 violations registered since last Wednesday, only two concerned large companies owned by Palestinians,” he said.

Lebanese officials justified the move by saying the economy was suffering from the millions of illegal workers.

In a statement, Abu Sulaiman wrote, “Lebanon is suffering from a sharp crisis because of illegal workers, especially illegal Syrian laborers.”

“The Palestinian reaction is incomprehensible,” the minister added.

But Mofid Zaid, a member of the Popular Committee in the Ain al-Hilweh Palestinian refugee camp in southern Lebanon, disputed the official explanation, insisting that the campaign was part of a larger plan. He said Palestinians were indeed being targeted.

“The minister [Abu Sulaiman] is pushing forward the US’s ‘Deal of the Century,’ which they [the Americans] say its goal is to eliminate the Palestinian cause and refugee issue,” Zaid told The Media Line.

Palestinians in Lebanon are exempt from paying for work permits, according to the United Nations Relief and Works Agency (UNWRA), which is responsible for overseeing Palestinians refugees.

Palestinian refugees in Lebanon are forbidden by law to work in more than 70 professions.

“The Labor Ministry does not grant work permits except for low wage jobs or in agriculture,” Zaid noted. “A Palestinian can’t be an accountant, mechanic or engineer. It’s forbidden.”

Palestinian officials and camp leaders have been in touch with top Lebanese officials.

“Speaker of Parliament Mr. Nabih Berri took it upon himself to deal with the issue; also Mrs. Bahia Hariri [an MP and a member of the Parliamentary Commission for Foreign and Immigration Affairs] is closely involved,” Zaid said.

Alaa Hasan from the Bourj el-Barajneh refugee camp, located on the southern edge of Beirut, told The Media Line he was infuriated by the Labor Ministry’s decision, calling it a “betrayal.”

“What did we do to deserve this?” Hasan asked. “We have been here for decades waiting to get the chance to go back home. We don’t want handouts; we want to live in dignity.”

A number of Palestinian businessmen threatened to withdraw their money from Lebanese banks if the government did not reverse its decision.

In an attempt to contain the rapidly growing tensions, Palestinian Authority President Mahmoud Abbas ordered Azzam al-Ahmad, a member of the Palestine Liberation Organization’s Executive Committee, to travel to Lebanon for a meeting with government officials and Palestinian leaders there.

For his part, al-Ahmad told The Media Line in a phone interview from his office in Ramallah that he was fully satisfied with the Labor Minister’s explanation.

“I’m personally convinced by what I’ve heard from him,” said Ahmad. “There is no new regulation at all. It is part of [existing] Lebanese laws on foreign businesses and non-Lebanese employees. They are starting to be implemented this year, and we are convinced that the reason behind it is a political divide over the fate of Syrian refugees.”