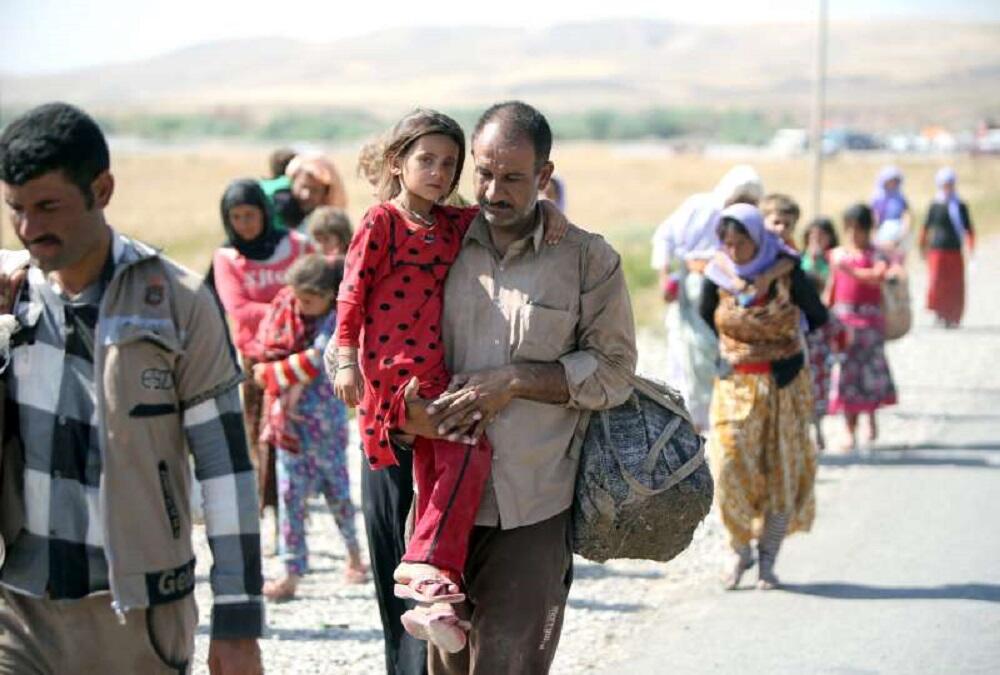 Director of the department of branch affairs at the Ministry of Displacement and Migration Ali Abbas Jahagir told Asharq Al-Awsat that the government did not expel any internally displaced persons (IDPs) or force them to return to their areas.

He asserted that the authorities do not classify the displaced people on the basis of their affiliation with ISIS or others, reiterating that they deal with them according to humanitarian and legal aspects.

The Iraqi authorities succeeded in returning about 50 percent of the displaced, but 89,000 families, including some 500,000 people, are still in the camps, said Jahagir.

He confirmed that the Ministry will continue its efforts until resolving this issue, however, he noted that it will be difficult to be done this year as the government wants.

In addition, the Ministry wants to return about 5,000 displaces families to their areas in Kirkuk, Anbar, and Saladin, however, a number of those families face local rejection knowing that some of their members are linked to ISIS.

Jahagir accused international and human rights bodies of financially benefiting from the issue of displaced people and want to prolong it as much as possible.

On Wednesday, HRW issued a report saying some of the displaced were forced to return to their home regions, despite fears for their safety, including threats from former neighbors who perceive them as being linked to ISIS.

Authorities in Nineveh have also blocked families who tried to leave the camps to avoid expulsion.

Displaced people, like all other Iraqis, have the right to move freely in their country and decide where they feel safe to live, asserted the report, adding that authorities can’t move people without first consulting them, especially not to places where they and their families face danger.

Over the last two weeks government has effectively transferred people into situations where they are being targeted with grenades and death threats, said the organization in reference to the recent incident when unknown assailants threw hand grenade on IDPs in al-Shirqat camp.

“The resolution is not public, but officials have described its contents in letters to humanitarian organizations. It orders people from areas other than Nineveh, currently at least 38,040 people, to leave the Nineveh camps.”

The resolution mandates security forces to develop a database of residents and isolate families who are perceived as ISIS-affiliated. It also calls for increased security to keep people from entering or leaving camps without permission.

Security forces from the Nineveh Operations Command “expelled 36 families from Anbar, most headed by women, totaling about 150 people, and transported them to their areas of origin in Anbar against their will and without letting them bring their belongings.”