The link between obesity and the brain is a fascinating topic that scientists have only recently begun to explore. New research adds important pieces... 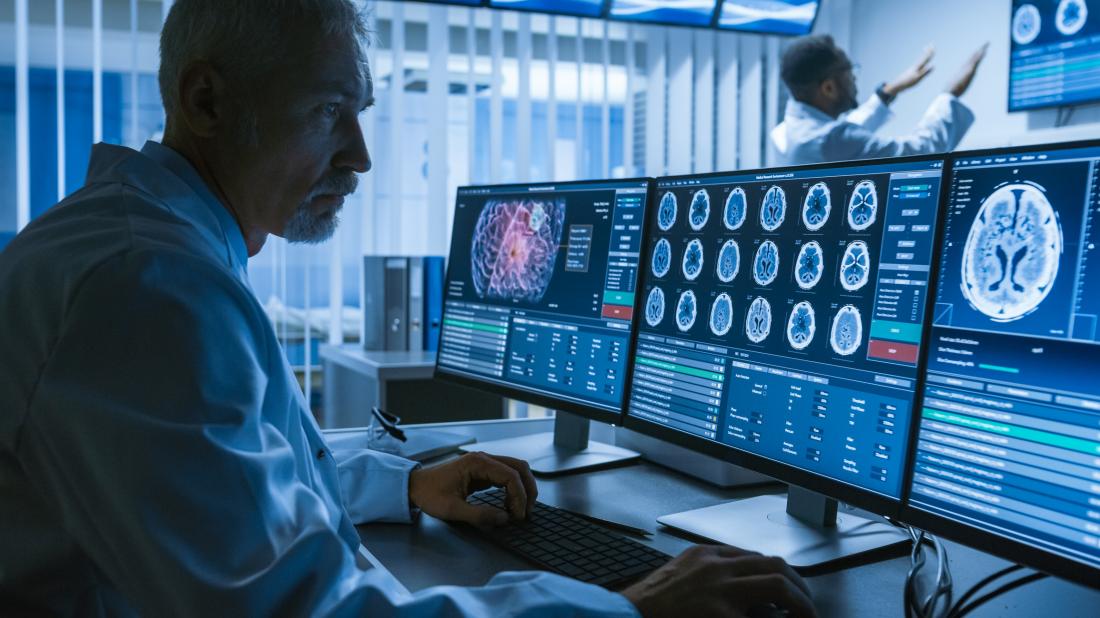 Researchers have used MRI scans to examine the brains of people living with obesity.

From the size and functionality of the brain to specific neuronal circuits, recent studies have brought to light important aspects of the connection between obesity and the brain.

For instance, researchers published a study earlier this year that found a link between obesity around the stomach area and smaller brain size — specifically, lower gray matter volume.

The findings of another recent study showed that the brain’s prefrontal cortex — an area that is important for complex thinking, planning, and self-control — is less active in people who tend to overeat, which may lead to obesity and weight gain.

Finally, research that appeared only last month identified an array of neurons that can curb overeating when they become active.

A new study now adds to this mounting body of evidence, shedding further light on the connection between obesity on the one hand and differences in brain structure and form on the other.

Dr. Ilona A. Dekkers, from the Leiden University Medical Center in the Netherlands, led a team of researchers who used cutting-edge MRI scanning technology to understand the link between obesity and brain structure.

The researchers published their findings in the journal Radiology.

Dr. Dekkers and her colleagues decided to investigate how obesity might affect the brain because previous studies had found a higher risk of cognitive decline and dementia among people with obesity.

So, the scientists examined brain scans from over 12,000 people who took part in the United Kingdom Biobank Imaging study. The brain imaging techniques that the team used in the study offered insights into the participants’ gray and white matter.

Describing the brain in very broad terms, this central processing unit consists of an “outer cortex of gray matter and an inner area housing tracts of white matter.”

The gray matter is packed with neurons, whereas white matter primarily consists of nerve projections called axons and glial cells.

In the current study, according to Dr. Dekkers, the team found that “having higher levels of fat distributed over the body is associated with smaller volumes of important structures of the brain, including gray matter structures that are located in the center of the brain.”

“Interestingly, we observed that these associations are different for men and women, suggesting that gender is an important modifier of the link between fat percentage and the size of specific brain structures,” she adds.

Specifically, men with obesity had lower gray matter volume both overall and in certain reward-processing circuits and brain structures that deal with movement.

For women with obesity, an increased amount of body fat only correlated with lower matter volume in a region called the globus pallidus, which is a brain area that plays a role in voluntary movement.

In both men and women, there was a correlation between a larger amount of body fat and the chance of small changes occurring in the brain’s white matter.

Obesity and the brain: Is inflammation key?

“Our study shows that very large data collection of MRI data can lead to improved insight into exactly which brain structures are involved in all sorts of health outcomes, such as obesity,” says Dr. Dekkers.

The scientist ventures some opinions on the possible implications of the study. Less gray matter could mean fewer neurons, she says, and white matter changes could affect the communication between neurons.

Also, previous studies have linked gray matter volume with “food-reward circuitry,” so the changes in gray matter could make it hard for people to control their eating behaviors, she suggests. However, she also cautions that more research is necessary to strengthen this conclusion.

Dr. Dekkers also points out that according to previous studies, obesity-related inflammation can affect brain tissue. This low-grade inflammation could, therefore, explain the study’s recent findings.

“For future research, it would be of great interest whether differences in body fat distribution are related to differences in brain morphological structure, as visceral fat is a known risk factor for metabolic disease and is linked to systemic low-grade inflammation,” says Hildo Lamb, Ph.D., the study’s senior author.