How Did David Beckham Reacted to His 2020 Prediction Photo?

David Beckham joked his wife Victoria was very lucky to have him as he re-posted funny toothless and balding prediction snap of himself in...

David Beckham joked his wife Victoria was very lucky to have him as he re-posted funny toothless and balding prediction snap of himself in 2020 on Thursday.

The footballer, 43, cheekily quipped: ‘Apparently what I’m going to look like in 2020. How lucky are u @victoriabeckham.’

In the hilarious computer generated picture, the former Manchester United ace could be seen with teeth missing and a receding hairline.

David also added a raising eyebrow emoji to hint at his sarcasm in the words written across the top of the snap: ‘The future is bright’.

The dad-of-four showed off his sense of humour when he re-posted the picture in all its hilarity and brought his wife in on the joke. 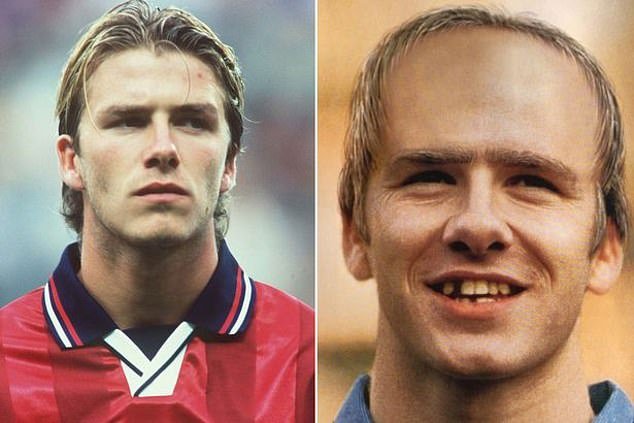 David and Victoria are one of the power couples in the showbiz world as they edge nearer the 20-year milestone of marriage later this year.

They were married in a romantic ceremony at Luttrellstown Castle in Ireland in 1999.

It was love at first sight for the footballer who set his heart on the singer after he laid eyes on Posh Spice in a catsuit in Spice Girls’ music video Say You’ll Be There.

Sparks flew between the pair when Victoria crossed paths with David at a Manchester United match in 1997, two years before they married.

Fast forward 20 years now and their lives are very different now as they raise their four children together: Brooklyn, 20, Romeo, 16, Cruz, 14, and Harper, seven.

Recently, Brooklyn has brought his serious girlfriend Hana Cross home to his family and she has been spending a lot of time with the Beckhams.

Also, the Spice Girls are gearing up to return to the stage amid the Geri Horner and Mel B lesbian bombshell.

While she has said to be supportive on the side lines, the fashion designer opted out of doing the once-in-a-lifetime tour with her former bandmates.

In other news, David could face a driving ban after he admitted to using his phone while driving in London.

Beckham will appear at Bromley Magistrates’ Court in May for sentencing after he was caught on his phone in a £100,000 Bentley in London in 2018.