DUBAI, United Arab Emirates — One person was killed and seven others were wounded on Sunday in an attack by Iranian-allied Yemeni rebels on... 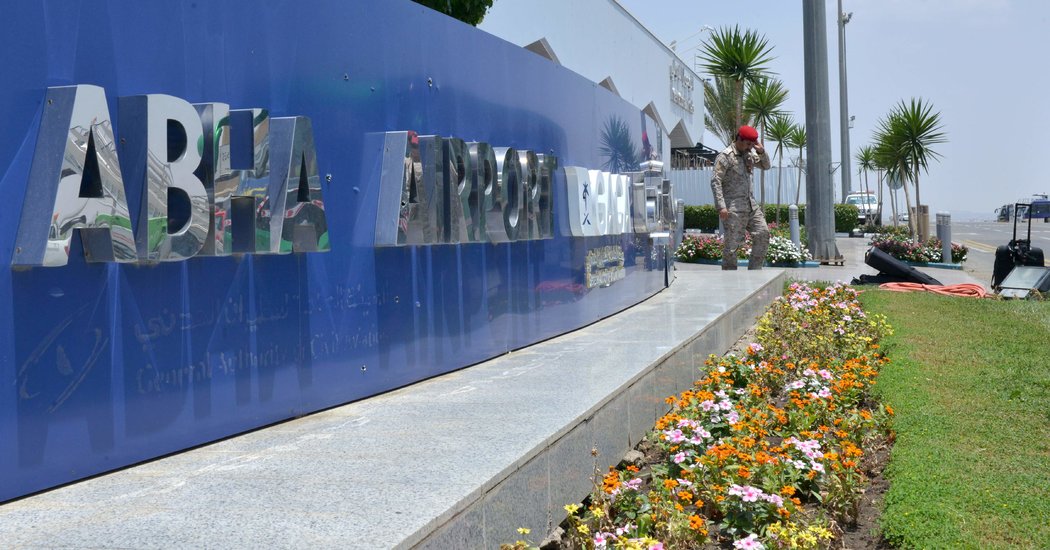 DUBAI, United Arab Emirates — One person was killed and seven others were wounded on Sunday in an attack by Iranian-allied Yemeni rebels on a Saudi airport, Saudi Arabia said. The strike came as the American secretary of state traveled to the country for talks on Iran.

Regional tensions have flared in recent days. The United States abruptly called off a military strike against Iran last week in response to the shooting down of an unmanned American surveillance drone.

The Trump administration has vowed to combine a “maximum pressure” campaign of economic sanctions with a buildup of American forces in the region. A new set of sanctions on Iran is expected to be announced Monday.

Sunday’s attack by the Yemeni rebels, known as Houthis, targeted the Saudi airport in Abha. Saudi Arabia has been at war with the Houthis in Yemen for more than four years.

A Houthi spokesman, Yahia al-Sarie, said earlier Sunday that the rebels had launched drones against Saudi airports in the southern cities of Abha and Jizan.

Saudi Arabia’s military spokesman, Col. Turki al-Maliki, did not say what type of weapon was used in the attack late Sunday. The Saudi Press Agency reported that a Syrian resident of Saudi Arabia had been killed, but did not identify the nationalities of those wounded.

It was the second Houthi attack on Abha’s airport in less than two weeks. The Houthis launched a cruise missile at the airport on June 12, wounding 26 people. The Iranian-backed Houthis also claimed responsibility for bomb-laden drone strikes against a Saudi oil pipeline in recent weeks.

Mr. Pompeo was traveling to Saudi Arabia and the United Arab Emirates for talks on Iran. His meeting in Saudi Arabia will be in the Red Sea city of Jidda, about 315 miles north of the Saudi airport that was struck.

Speaking to reporters before flying out, he said he would be talking to the two United States allies “about how to make sure that we are all strategically aligned” and how to build a global coalition to “push back against the world’s largest state sponsor of terror.”