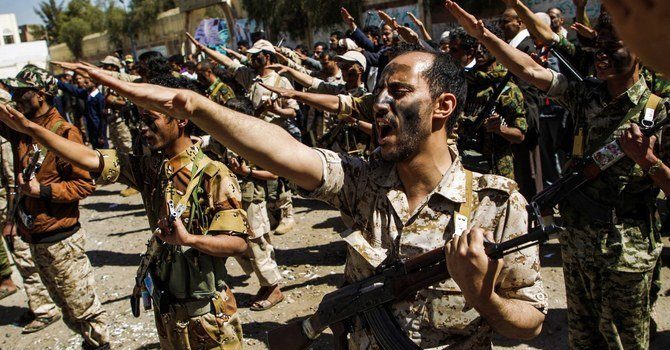 Houthis9 Iran26 Yemen21
DUBAI: The Iran-backed Houthi militia are unwilling to make peace in Yemen and are actually undermining efforts for hostilities to cease in the conflict-ridden... 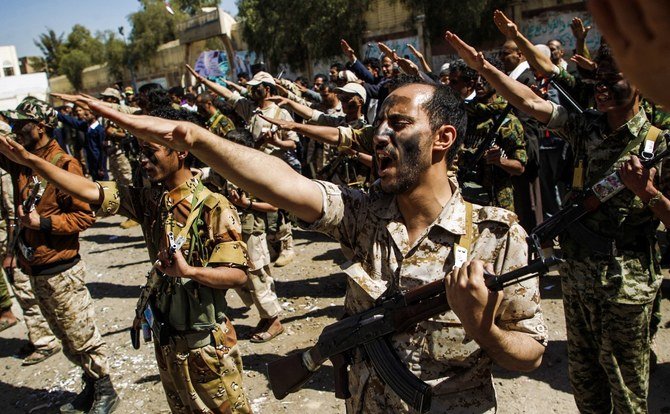 DUBAI: The Iran-backed Houthi militia are unwilling to make peace in Yemen and are actually undermining efforts for hostilities to cease in the conflict-ridden country, a senior Yemeni politician said.

“We’re ready to achieve peace, but the Houthi militia has not yet agreed to do so, it has continued to deliberately undermine peace efforts and proposals, going on fighting. These indicators show they have never been willing to make peace,” Parliament speaker, Sultan Al-Barakani said as he met US envoy to Yemen Timothy Lenderking to discuss peace initiatives for Yemen.

The Houthis are to blame for blocking peace efforts and initiative and escalating military actions targeting civilians and facilities including Mocha port, state news agency SABA quoted the parliament leader as saying.

Al-Barakani pointed to the recent public execution of nine people, who were accused of being involved in the killing of Houthi leader Saleh Al-Samad in 2018, as an example of the militia’s crimes against the Yemeni people.

Meanwhile, the Yemeni Network for Rights and Freedoms claimed it had documented 6,476 violations committed by the Houthis against women in more than five years, involving mostly deaths and injuries caused be artillery shelling, as well as mines and other explosive devices detonating.

The rights group also said there had been 770 cases of arrests and kidnapping, 195 cases of enforced disappearance and 70 cases of torture of women in Yemen during the period from Jan. 1, 2015 to June 1, 2021.

It also confirmed cases of torture and degrading treatment against 70 women who were detained in secret and public prisons of the Houthi militia.

This amounted to false charges against their honor, as well as trafficking in their honor – according to what was reported – in the testimonies of some of the released women, the group said, leading to some of them to commit suicide.