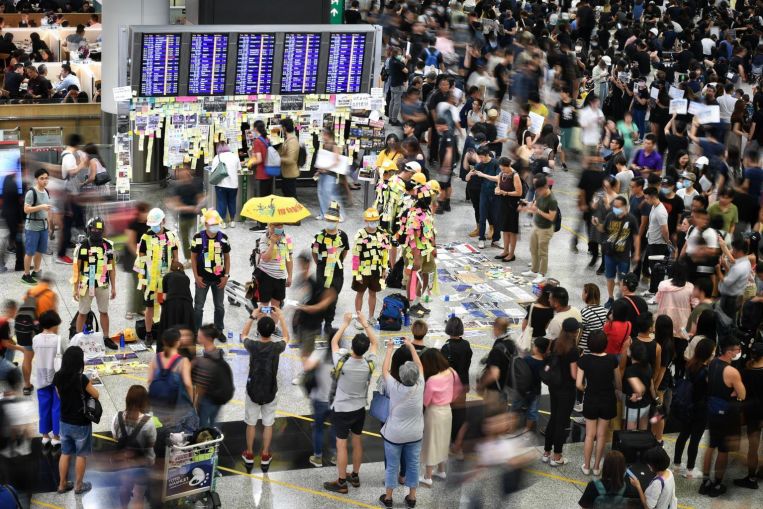 HONG KONG (REUTERS) – Hong Kong’s Airport Authority said on Friday (Aug 9) only departing passengers with travel documents will be allowed to enter the terminal as anti-government activists gear up for a three-day rally to raise awareness among tourists entering the city.

The move comes as officials confirmed on Friday that a police commander who oversaw pro-democracy demonstrations that roiled the former British colony in 2014 has been recalled to help deal with protests that have plunged the financial hub into crisis.

Former deputy police commissioner Alan Lau Yip-shing has been appointed to help handle large-scale public order events and steer operations, including activities to mark the 70th anniversary of the founding of the People’s Republic of China on Oct 1, the government said in a statement.

Reuters reported late on Thursday, citing sources, that Lau had been recalled in a move that suggests the government lacks confidence in the capacity of the current police leadership to manage the response to protests.

Hong Kong, which returned to Chinese rule in 1997, is embroiled in its worst political crisis for decades after two months of increasingly violent protests that have posed one of the gravest populist challenges to Chinese leader Xi Jinping since he took office in 2012.

The escalating cycle of violence has prompted travel warnings from countries including the United States and Australia.

Activists plan to converge on the airport on Friday afternoon, with more protests planned across the city at the weekend.

“To maintain the smooth process of the departure procedures of passengers and the terminal operation, only departure passengers with an air ticket or boarding pass for the next 24 hours and a valid travel document, or airport staff with identity proofs will be allowed to enter to the check-in aisles at Terminal 1,” the Airport Authority said in a statement.

What started as an angry response to a now-suspended extradition Bill has grown to include demands for greater democracy, the resignation of Hong Kong’s chief executive, Carrie Lam, and even keeping mainland Chinese tourists out of the city.

The extradition Bill would have allowed defendants to be sent to the mainland for trial.