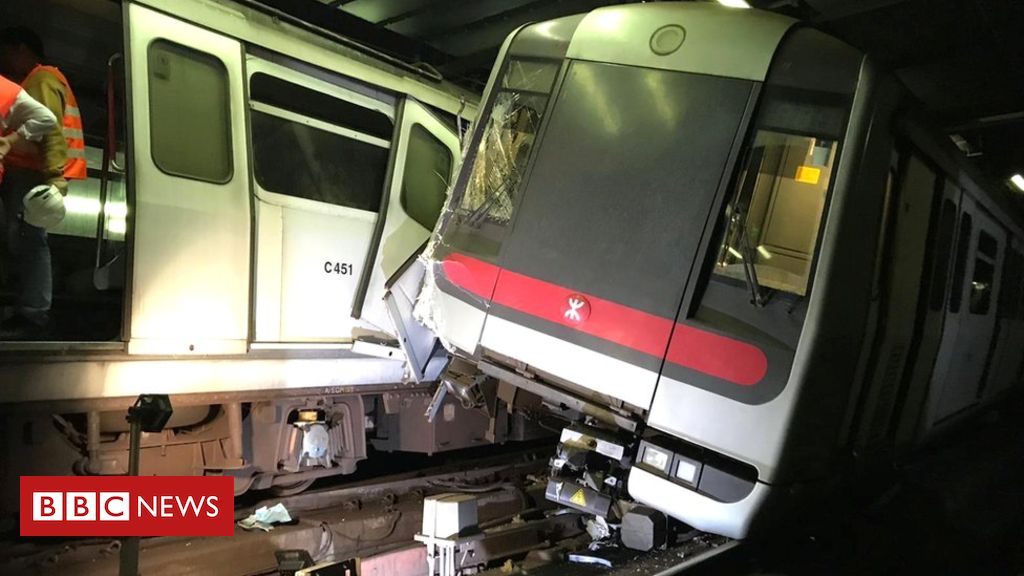 The incident occurred between the Central and Admiralty stations before the service was open to the public early on Monday morning.

While the trains had no passengers on board, both drivers were taken to hospital.

Rail officials warned that repairs were likely to take “quite a long time”.

Network operator Mass Transit Railway (MTR) said sections of the Tsuen Wan Line had been suspended and urged commuters to avoid the route affected and to use other forms of transport if possible.

MTR said the collision near Hong Kong’s main business districts involved a “modernised train” that had since been returned to its depot for inspection.

An investigation into the incident is now under way.

Further disruption was caused later on Monday morning when a woman fell on to the tracks at Kowloon Tong station, causing a temporary suspension of service in that area.