Defying a recent ban on face masks, a crowd of protesters covering their faces has gathered outside and then entered a court in Hong... 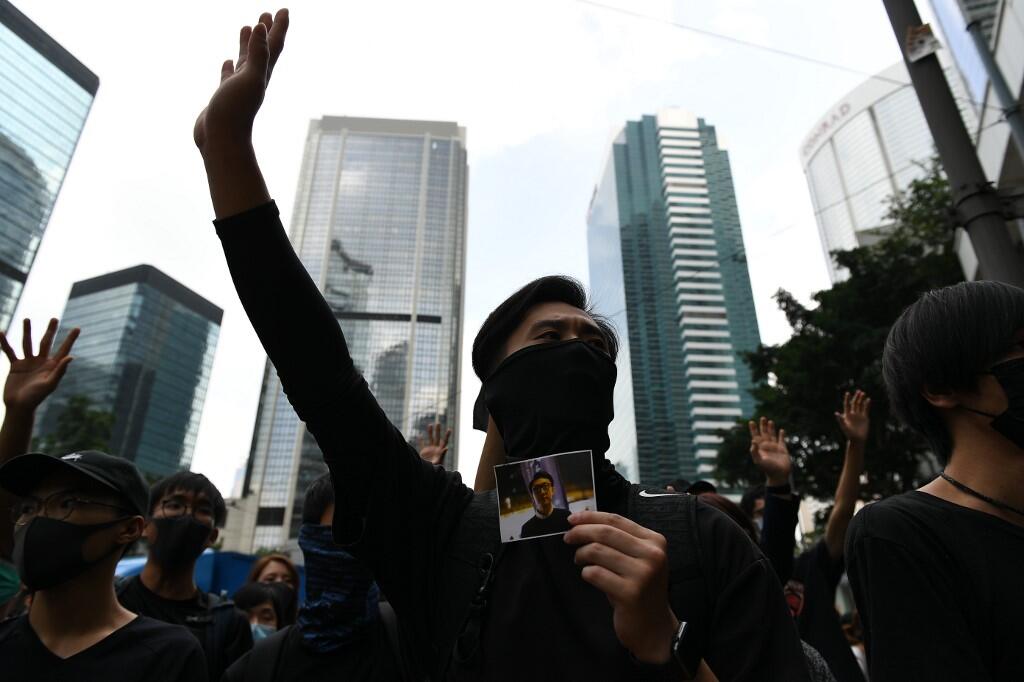 Defying a recent ban on face masks, a crowd of protesters covering their faces has gathered outside and then entered a court in Hong Kong where a jailed protester arrived for his appeal against a six-year prison sentence over rioting three years ago.

Hundreds of protesters, wearing black masks, gathered outside of Hong Kong’s High Court in Admiralty as Edward Leung, who was secreted to six years in jail, arrived to present his appeal.

They were defying a ban on face masks that was enforced by authorities on Friday under emergency laws, and later entered the courtroom.

The semi-autonomous Chinese territory has been the scene of protests since June, when people took to the streets initially against a proposed extradition bill. That bill was later withdrawn, but the protests not only continued but also took on an increasingly violent form, with masked individuals vandalizing public and private property and attacking security forces and government buildings.

The city was paralyzed on Friday after protesters poured onto the streets against the ban on face masks.

They set fire to public properties and hurled petrol bombs at police. They attacked more than a dozen shopping malls, supermarkets, and branches of several banks and subway stations.

The city’s rail operator, MTR Corp, which carries about five million passengers a day, was also forced to halt activities due to damage from rioting over the weekend.

MTR said on Wednesday that some stations would remain closed and that it would be shutting services more than four hours earlier than normal in the evening.

The closure of some stations resulted in long lines of people waiting for shuttle buses during the morning rush hour.

According to a police spokesman, more than 200 shops and public utilities have been damaged since Friday.

The Chinese government says Western countries, mainly the United States and Britain, have been provoking the protesters by issuing statements of support. Beijing has asked those countries to stop meddling in Hong Kong’s affairs.