HONG KONG (AP) – Police in Hong Kong were preparing on Friday (Nov 29) to reopen access to a university campus after blocking it... 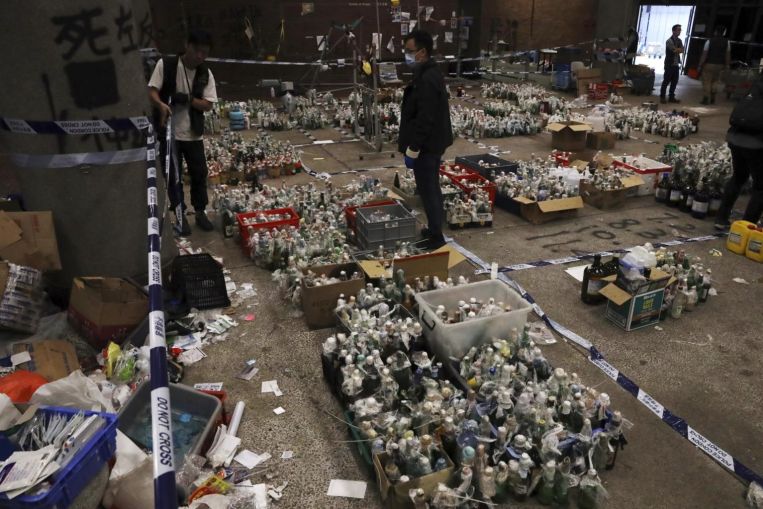 HONG KONG (AP) – Police in Hong Kong were preparing on Friday (Nov 29) to reopen access to a university campus after blocking it for 12 days to try to arrest protesters holed up inside.

A team of about 100 officers had almost completed an operation to collect evidence and remove petrol bombs and other dangerous items from Hong Kong Polytechnic University, Assistant Commissioner Chow Yat-ming told reporters.

“Later on, we will hand over the campus to the university,” he said.

They found 280 gasoline bombs on Friday morning, on top of 3,800 removed the previous day.

Police did not encounter any protesters. One masked protester told media the night before police came in that about 20 people were still hiding to avoid arrest.

They were the holdouts from roughly 1,000 protesters who had retreated inside the campus after battling police on nearby streets.

A few escaped a police cordon, but police say they arrested 700 people and recorded the details of 300 minors who could face charges later.