Iranian proxy Hizbullah is reportedly deploying forces to both the Lebanese and Syrian borders in anticipation of a possible military conflict with Israel. Top... 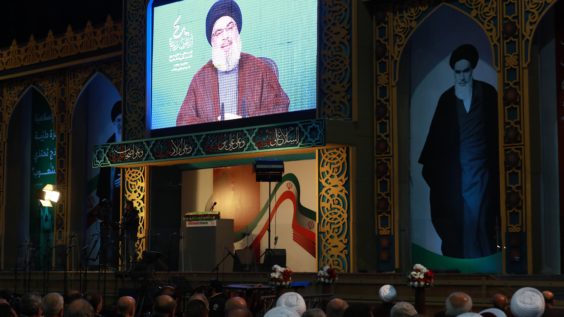 Iranian proxy Hizbullah is reportedly deploying forces to both the Lebanese and Syrian borders in anticipation of a possible military conflict with Israel. Top commanders told the US-based Daily Beast news site that the terrorist group’s hand could be forced in the near future due to ongoing tensions in the Gulf and as US sanctions begin to decimate Iran’s economy. “We will fire the first shot this time,” a Hizbullah officer was quoted by the media outlet as saying. “The sanctions now have us preparing for dealing with the Israeli front.” Israel and Hizbullah fought a devastating war in 2006, and since then, Tehran’s underling has morphed into a veritable army in contravention of United Nations resolutions. In fact, the terror organization has amassed an estimated 130,000 rockets and missiles, some of which are believed to have been outfitted with Iranian technology to enhance their precision. Hizbullah members have also gained experience while fighting for the better part of the last decade on behalf of the Assad regime in Syria. For its part, Israel has conducted hundreds of air strikes against Syrian territory in the last two years to thwart Iran from transferring advanced weaponry to Hizbullah, which essentially controls the government in Beirut. Jerusalem reportedly has a tacit agreement with Russia, the major power broker in Syria, to prevent Iranian-aligned troops from operating within 60 miles of the Golan Heights border.