Liverpool will fall silent for a minute to mark the 30th anniversary of the Hillsborough disaster. Ninety-six lanterns were lit on Monday morning on... 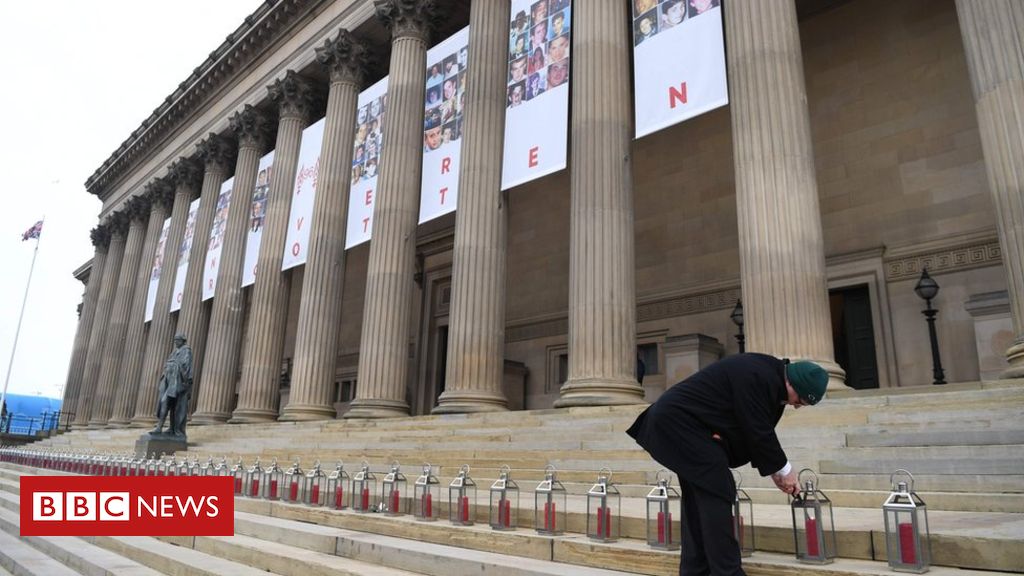 Liverpool will fall silent for a minute to mark the 30th anniversary of the Hillsborough disaster.

Ninety-six lanterns were lit on Monday morning on the steps of St George’s Hall in tribute to those who died.

Banners with images of the 96 Liverpool fans killed by the crush at an FA Cup game have also been hung at the hall.

A minute’s silence will be held across the city at 15:06 – the time the 1989 semi-final between Liverpool and Nottingham Forest was stopped.

City mayor Joe Anderson and Lord Mayor, councillor Christine Banks, laid wreaths in front of the lanterns to begin the day of remembrance.

Speaking outside St George’s Hall, Louise Brookes, whose brother, Andrew, died in the disaster, said: “Andrew has been dead now four years longer than he was alive.

“He was only 26 when he died and he had his whole future and whole life ahead of him. I really struggle with that.”

Mr Anderson said the anniversary was an “emotional day” and a “milestone”.

Flags on civic buildings will be flown at half mast and the bells of the Town Hall will toll 96 times.

Club chaplain Rev Bill Bygroves also conducted a brief service with members of the under 23 squad.

Former Liverpool captain Steven Gerrard, whose cousin, Jon-Paul Gilhooley, 10, was the youngest victim of the tragedy, was among those to pay tribute on social media.

He posted a picture of the Hillsborough memorial on Instagram with the caption “Never forgotten”.

A memorial service is due to be held at Liverpool Cathedral at 14:45, while The Kop will be open between 13:00 and 16:00 for people who want to sit and reflect.