An iconic photo of a hijab-wearing woman smiling in front of protesters holding anti-Muslim signs has been taking the Internet by storm. The photo... 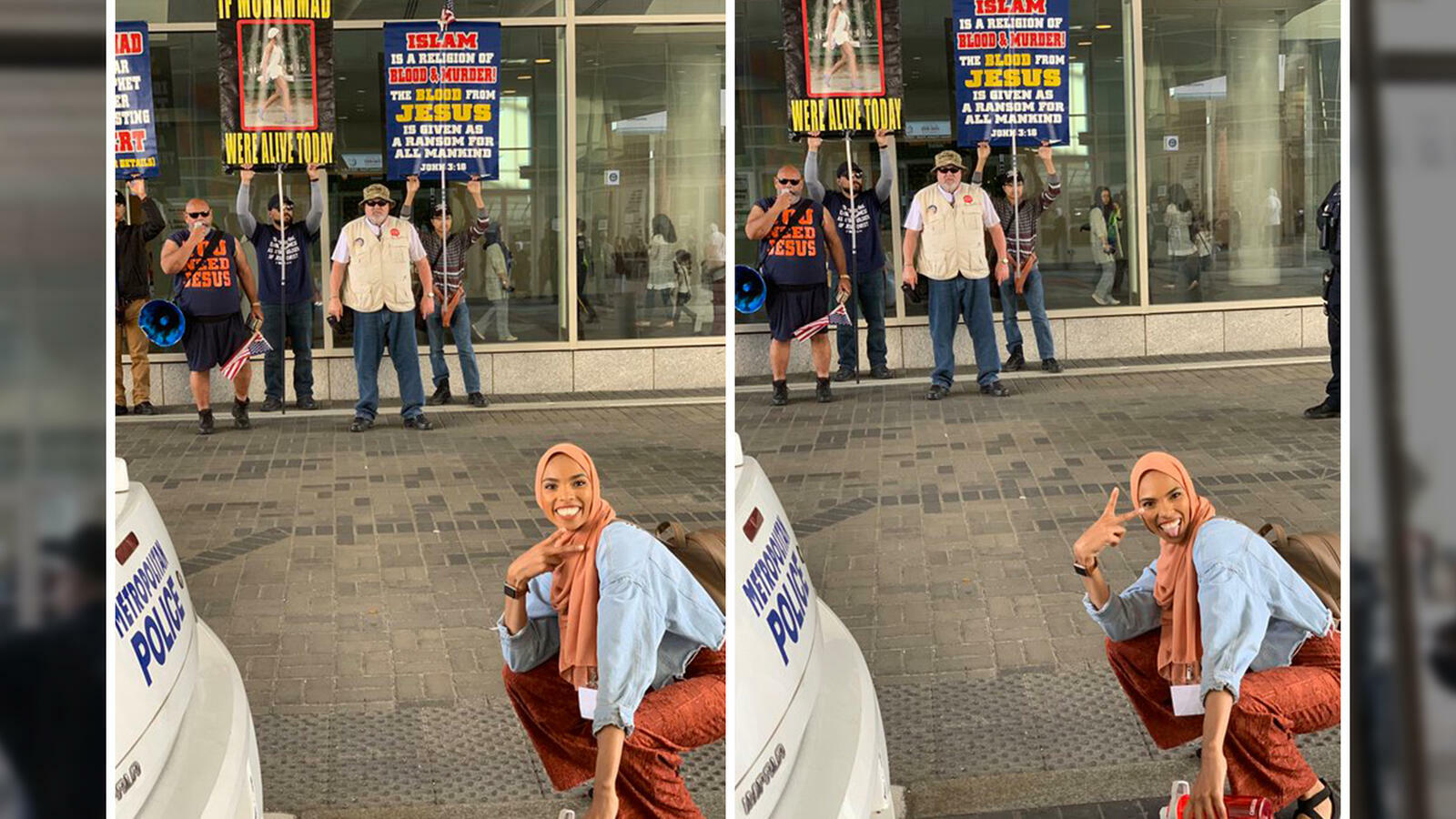 An iconic photo of a hijab-wearing woman smiling in front of protesters holding anti-Muslim signs has been taking the Internet by storm.

The photo was first shared on Instagram by Shaymaa Ismail, a 24-year-old Muslim woman who works as a behavioral therapist for children with autism from the DC area on Sunday.

Shaymaa took the photo after she was passing by the protesters and read their Islamophobic signs that some of it says: “Islam is a religion of blood and murder” and “Muhammad is a liar.” In the photo, she appears smiling and waving a peace sign in front of protesters.

“I wanted to show them that we are going to remain kind and unapologetic, and continue to spread love in the face of bigotry,” she said.

The photo has gone viral on the internet and Shaymaa received massive support and applause for her courage to combat angry protesters’ hatred with kindness.

The protest was taking place in front of the Islamic Circle of North America convention in Washington D.C. on Saturday where a group of men stood there with anti-Muslim signs.

Shyamaa narrated details on how she walked in front of the protesters who were yelling hateful speech and asked the police if she could stand in front of them but the police refused. Yet, she quickly stood there and posed for the photo taken by her friend.

Later on, she said she was inspired to do so by a workshop she attended in DC right before confronting the protesters. In the workshop, they were discussing the shooting of New Zealand when the murderer went to the mosque and he was greeted by the first victim who said: “Hello, brother”. Shaymaa had this story in her mind when confronting the hateful protesters.

The photo was shared countless times on social media with some users calling for the photo to be put in a museum.

Shaymaa won the internet for her courage calling her a “rebellious” and for the way she faced the protesters hate speech with a smile and peace sign.