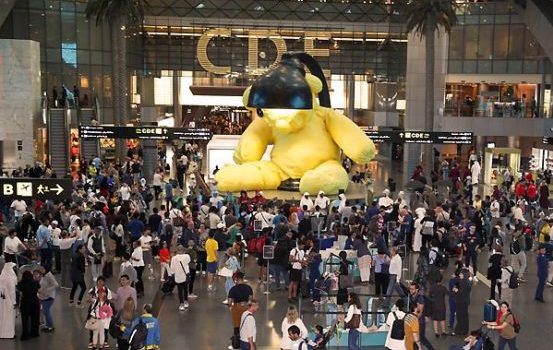 Hamad International Airport (HIA) has reported welcoming a record-high total of 10.7 million passengers in the third quarter of 2019, making it the busiest... 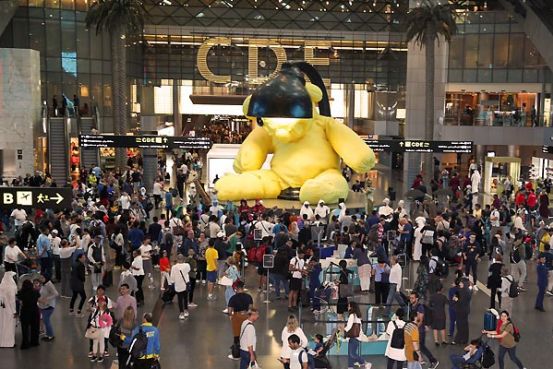 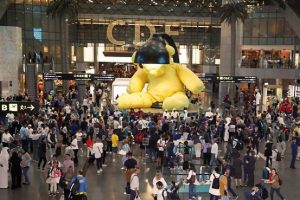 Hamad International Airport (HIA) has reported welcoming a record-high total of 10.7 million passengers in the third quarter of 2019, making it the busiest quarter and summer the airport has ever seen. The record breaking third quarter saw passenger numbers growing by 10.71% compared to the previous year.

The airport’s state-of-the-art facilities and services, combined with the latest cutting-edge technology integrated into the airport, have contributed significantly toseamlessly facilitating the increased passenger flow. HIA’s drive for excellence has allowed for industry-leading transfer security screening, meaning shorter queuing times at security points which can accommodate up to 6,000 passengers during peak hours.

Through the introduction of additional transfer halls, 95% of transfer passengers’ queue for under five minutes. HIA is also the first in the MENA region ready to accept Electronic Bag Tags, providing reduced time spent in queues, a simplified baggage drop process and increased relaxation time at the airport. In addition, it has commissioned 62 next-generation self-check-in and 12 self-bag drop kiosks including future biometric technology capability and provides a seamless experience for passengers with the most advanced digital parking solutions, offering short and long term as well as premium and valet parking.

HIA’s record-breaking operations in the third quarter of the year ties in with the airports strong partnerships with key industry stakeholders such as Qatar Airways, Qatar National Tourism Council (QNTC), The Supreme Committee for Delivery and Legacy (SC) and Qatar Rail, who have supported its commitment to boosting tourism and promoting Qatar as the preferred destination with world-class experiences. The partnerships have promoted initiatives such as QNTC’s implementation of visa-free entry for citizens of 80 countries and Qatar Airways’ expanded network which launched 11 new destinations this year, growing its network to over 160 gateways around the world. Additionally, HIA also welcomed new airlines to its portfolio of partners, all highlighting Qatar as the most ‘open country’ in the region and the eighth most open in the world. Qatar Rail will also soon be expanding the Doha Metro’s Red Line station to connect to HIA, allowing passengers a smooth journey to and from the airport with easy access.

HIA’s recent collaboration with QNTC, Qatar Airways and QDF also launched the ‘Summer in Qatar’ programme where the award-winning terminal engaged with more than seven million passengers.As Qatar’s hub, the five-star airport will continue to champion tourism in partnership with its stakeholders, and both encourage and expose its travelers to Qatar’s vibrant heritage, culture and hospitality.

As the preferred gateway to explore the world, HIA is within a 6-hour flight of 80% of the world’s population. The airport currently serves over 165 destinations from Qatar and annually connects more than 35 million passengers to all corners of the world. This is also a testament to the rapid growth of Qatar Airways, which currently operates a modern fleet of more than 250 aircraft via its hub at HIA.

To sustain the ever-growing passenger demand and support its position as a global hub, HIA is undertaking an ambitious expansion program to enhance the capacity of the terminalas well as set a new standard in the traveler experience globally. The incredible new plans will propel Hamad International Airport to become a destination in its own right. HIA’s highly anticipated expansion will help accommodate over 53 million passengers annually by 2022, an increase of almost 30% from its current passenger footfall.

HIA has been continuously recognized by prestigious entities for its drive to deliver excellence in operations, facilities, and passenger experience. Hamad International Airport was named “Best Airport in the Middle East” for the fifth consecutive year, ‘Best Staff Service in the Middle East’ for the fourth year in a row and ranked as the “Fourth Best Airport” in the world at the Skytrax World Airport Awards 2019. HIA is currently a candidate for the “Best Airport in the World” award by Skytrax 2020.