Drivers were stranded on the M74 for several hours overnight as heavy snow hit parts of Scotland. Commuters are facing wintry conditions with snow... 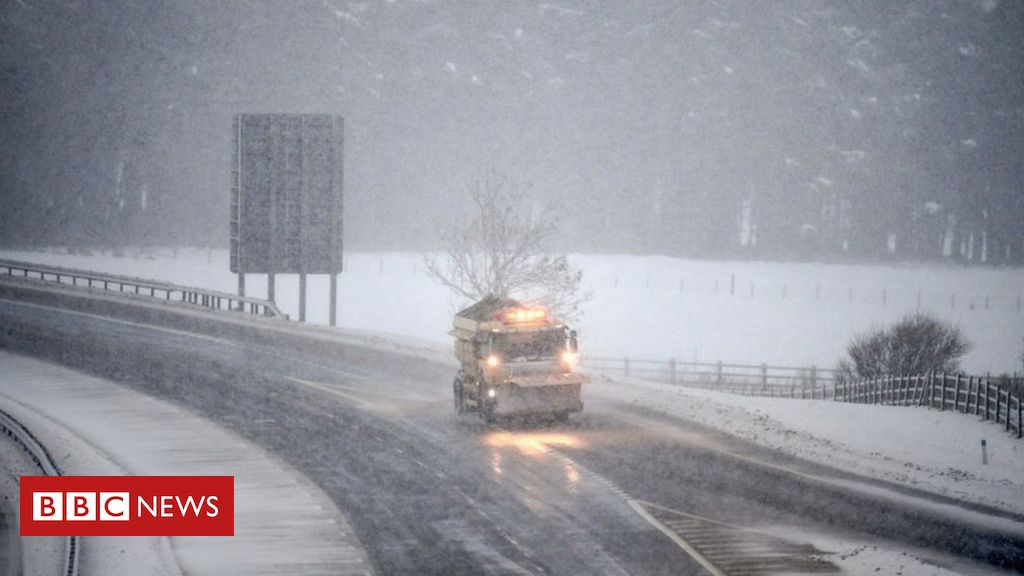 Drivers were stranded on the M74 for several hours overnight as heavy snow hit parts of Scotland.

Commuters are facing wintry conditions with snow and ice affecting some parts of the country.

The Met Office has issued yellow warnings of snow and ice for most of the country and an ice warning for the north-east, which are valid until 11:00.

Forecasters warned that snow was likely on higher ground.

Police said the M74 was shut between junctions 14 and 15 northbound for a time overnight, but was passable with care on Tuesday morning.

One driver, Cheryl Burnett, told BBC Radio’s Good Morning Scotland programme that it had taken her six and a half hours to travel from Dumfries to Glasgow.

Ms Burnett said conditions on the motorway were “absolutely treacherous” with all three lanes blocked, causing miles of tailbacks.

“It took hours before a gritter could get anywhere near us and they had to use the hard shoulder. It was only when we did start moving that we realised that so many lorries had jack-knifed and had hit the barriers,” she said.

“I’ve never seen snow like that for such a long time.”

Traffic Scotland said there were very snowy conditions across the trunk network on Tuesday and advised people to drive with care.

Police in southern Scotland advised people to leave extra time for their journey and drive according to the conditions.