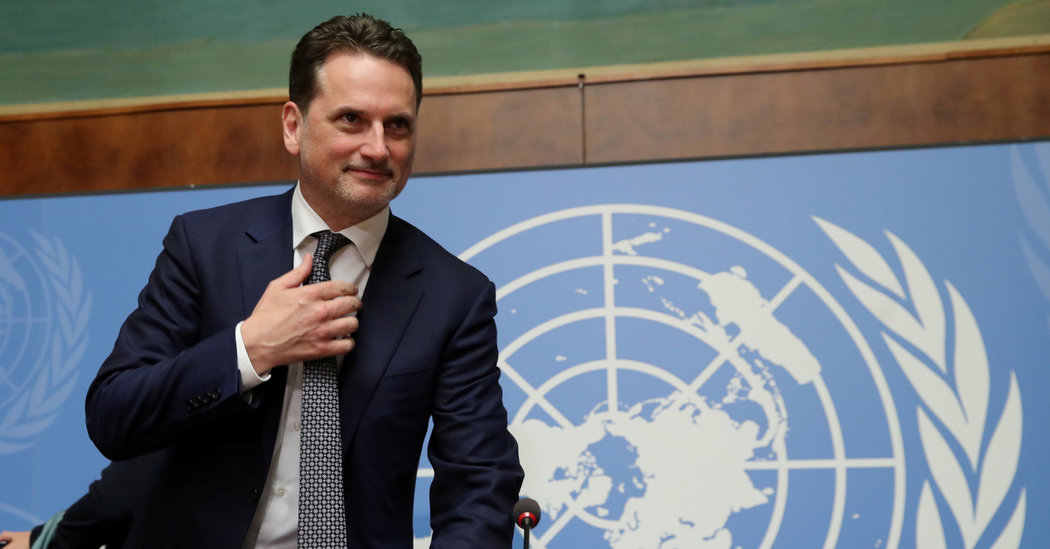 The agency’s leader, Pierre Krahenbuhl, had been replaced earlier in the day while a review of “management-related matters” was pending. Mr. Krahenbuhl then told Secretary-General António Guterres that he would resign immediately, United Nations spokesman Stephane Dujarric said.

The agency, formally known as United Nations Relief and Works Agency for Palestine Refugees, aids more than five million registered refugees in the West Bank, Gaza Strip and East Jerusalem, as well as in Jordan, Lebanon and Syria.

Mr. Krahenbuhl was notified in March that an investigation was underway based on allegations of “unsatisfactory conduct,” an agency spokeswoman said. Mr. Krahenbuhl, a Swiss national who took over the United Nations post in 2014, had previously been director of operations at the International Committee of the Red Cross.

Mr. Dujarric said in a statement on Wednesday that the preliminary findings of the United Nations investigation “exclude fraud or misappropriation of operational funds.”

“There are, however, managerial issues that need to be addressed,” he added.

The agency has faced budgetary difficulties since last year, when the United States, its biggest donor, halted its annual contribution of $360 million. The United States and Israel have both accused the agency of mismanagement and anti-Israeli incitement.

More than half of the two million Palestinians in the Gaza Strip, whose borders are tightly controlled by Israel and Egypt, receive food aid from the United nations agency.