GAZA CITY — Hamas, the Islamist movement that controls Gaza, said Thursday that it had arrested 10 people responsible for suicide bombings that killed... 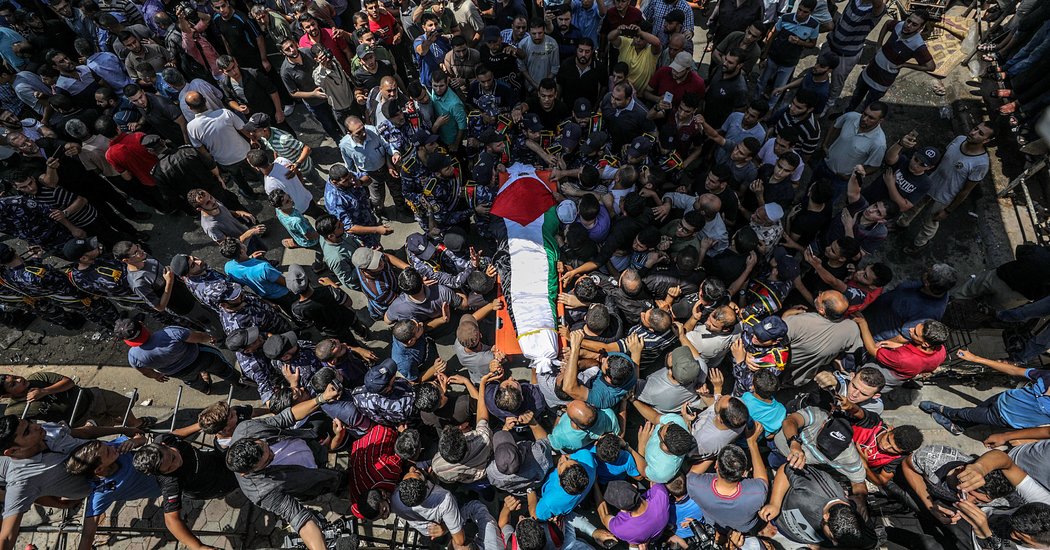 GAZA CITY — Hamas, the Islamist movement that controls Gaza, said Thursday that it had arrested 10 people responsible for suicide bombings that killed three police officers in Gaza City on Tuesday.

The suspects, according to two Hamas security officials briefed on the investigation, included current and former members of Palestinian Islamic Jihad, a rival militant group that often works in concert with Hamas, especially against Israel.

The officials, who spoke on condition of anonymity because they were not authorized to discuss the investigation, said the suspects also belonged to an extremist movement, known as Salafi jihadism, that is at odds with the more moderate Hamas and has clashed repeatedly with it in recent years. Salafi jihadists view Hamas as insufficiently pious and overly interested in politics at the expense of violent struggle.

A spokesman for Palestinian Islamic Jihad, Dawoud Shehab, said that it condemned the bombings and that it eschews violence except against Israel. He did not respond to questions about the arrests of present or former members, saying only that the group was cooperating with the investigation.

A spokesman for the Hamas Interior Ministry did not immediately respond to requests for comment on Thursday night. Other Hamas officials have sought to portray the bombers as collaborators with Israel or as ideologically motivated individuals rather than as part of an organization.

The bombings took place less than an hour apart late Tuesday at traffic checkpoints near the seaside in Gaza City where the police routinely stop vehicles. Two of the officers killed belonged to the armed wing of Hamas.

The first blast destroyed a motorcycle as it passed a checkpoint, witnesses said, killing its rider and two police officers and wounding several others. The second killed one officer as well as the bomber and wounded several others.

No group claimed responsibility, and the Hamas Interior Ministry declared a state of emergency throughout Gaza and put security forces on alert.

The arrests were first disclosed Thursday on Twitter by Moussa Abu Marzouk, a senior Hamas member, who provided no further details and subsequently deleted his post. No explanation was given for the deletion and Hamas has made no further official statements on the arrests.

One of those arrested was reported to Hamas by his relatives, according to one of the security officials. Another suspect was discovered when the police found that a man who had been lightly wounded in one of the blasts had videotaped the explosion and was part of the plot, the official said.

The officials identified the suicide bombers as Mohammad al-Basous and Abdul Aziz Hajjaj.

Tensions have boiled over before between Hamas and the Salafi jihadists. In 2015, the arrest by Hamas of a leader of one such group, which pledged loyalty to the Islamic State, set off a campaign of bombings, including of a Hamas checkpoint.

Hamas, which is rooted in the Muslim Brotherhood of Egypt, has also clashed with the Islamic State branch in Sinai, which is fighting the Egyptian military in the area.

Islamic State commanders have criticized Hamas for engaging in talks with Egypt over control of the border between Egypt and Gaza, and have publicly invited Hamas members to defect to their group.

In July 2017, jihadists allied with the Islamic State in Sinai participated in an attack on Egyptian security forces in Sinai. That came a year after the Islamic State had tried to scuttle talks between Hamas and Egypt by closing off smuggling tunnels between Sinai and Gaza.