Hundreds of thousands of Muslims from across the globe on Friday began the annual pilgrimage to the Great Mosque of Mecca in Saudi Arabia...

Hundreds of thousands of Muslims from across the globe on Friday began the annual pilgrimage to the Great Mosque of Mecca in Saudi Arabia for the hajj — with the faithful walking in the footsteps of the Prophet Muhammad — one of Islam’s most holy rites.

This year’s pilgrims included survivors and relatives of victims of the mosque attacks in Christchurch, New Zealand, who were invited to the hajj as guests of the Saudi king.

More than 1.8 million Muslims had arrived in the country by land, air and sea by Wednesday, according to Saudi officials, to take part in the five-day religious journey to sites in and around Mecca. Hundreds of thousands of Saudis were expected to take part.

Before the journey, Gamal Fouda, an imam at one of the two Christchurch mosques that were attacked, said the moment was a symbolic one for the survivors.

“The most important thing is that the New Zealand community, including Muslims, they stood together against hate,” Mr. Fouda told The Associated Press. “And we are still saying that hate is not going to divide us. We will continue to love each other.”

While the ritual represents worship and spiritual renewal for many who traveled to Mecca this week, it also comes as tensions in the region are high.

Some Muslim leaders have called for a boycott of the hajj, which generates billions of dollars annually for Saudi Arabia, pointing to the kingdom’s regional aggression under the de facto leadership of Crown Prince Mohammed bin Salman.

Saudi Arabia has supported a yearslong war in Yemen that has pushed millions to the brink of starvation, and is at odds with other nations in the region.

All Muslims who are physically and financially able are expected to make the journey to Mecca at least once in their lifetime. Those who take part wear simple clothing: For men, it’s customary to wear a white, seamless draping garment, while women wear loosefitting clothing and a head scarf, often white.

The simple dress, a sign of purity and equality, is considered a unifying ritual for Muslims of all sects and nationalities.

The hajj takes place during Dhul al-Hijjah, the final lunar month of the Islamic year. On the first day, pilgrims circle the Kaaba, the black-and-gold cube-shape structure at the center of the Great Mosque, walking counterclockwise around it seven times.

The holy site is where Muslim worshipers around the world direct their prayers fives times a day.

Pilgrims then spend the following days taking part in religious rituals intended to cleanse their spirit and to bring them closer to God. They also travel from the Great Mosque to Mina, a small village east of Mecca.

On the second day, pilgrims rise at dawn and make their way to Mount Arafat, where they ask for forgiveness for their sins. Worshipers then spend the next three days going through other surrounding areas, completing a series of rites and concluding their journey at the Kaaba in the Great Mosque.

With so many people traveling in sometimes confined spaces, their health and safety often become a concern.

Saudi Arabia’s Health Ministry and the World Health Organization warned visitors taking part in the hajj to be aware of the signs of heat stroke, a regular issue in a city where average August temperatures reach highs of about 110 degrees Fahrenheit. Mobile clinics had been set up around the pilgrimage route to treat older and ill people.

But heat stroke isn’t the only concern: The European Center for Disease Prevention and Control warned of the potential for food and waterborne illness and respiratory diseases. Recent vaccine requirements for visas for hajj visitors have limited the spread of some serious illnesses.

Several deadly incidents in recent years have led to stricter visa regulations and a redesign of some of the main venues to better accommodate the large crowds. On Sept. 24, 2015, for example, hundreds, maybe thousands, of hajj pilgrims were crushed to death by a surging crowd.

The Saudi government sets annual quotas for countries based on their Muslim populations.

The Saudi authorities announced last month that no travel visas would be issued for pilgrims from the Democratic Republic of Congo, as the central African nation is fighting an Ebola outbreak that has killed more than 1,800 people since last year.

But the commitment of many Muslims to be in Mecca for the sacred experience was clear. And some took a less conventional route.

One group of eight men cycled from London to take part in the hajj — an effort that they called the “Tour de Hajj,” which also aimed to raise money for charity — and arrived last week in the city of Medina after 60 days on the road.

On Friday, the group posted images on social media of their emotional arrival and the start of their hajj. They wrote in one post, “All the long days of cycling and sleepless nights all for this.”

To Get All the World’s Muslims to Hajj, It Would Take at Least 581 Years 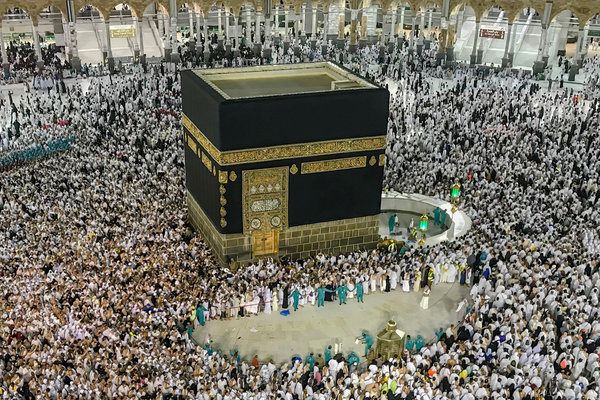 What Muslims Do on Hajj, and Why 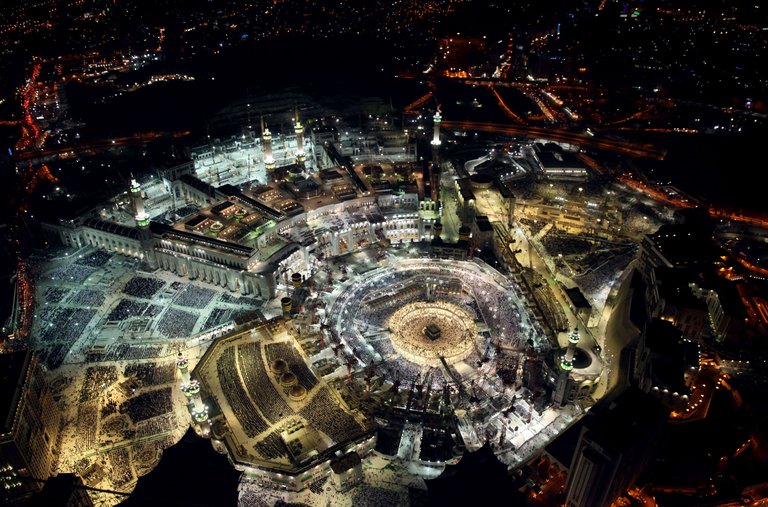 How One of the Deadliest Hajj Accidents Unfolded 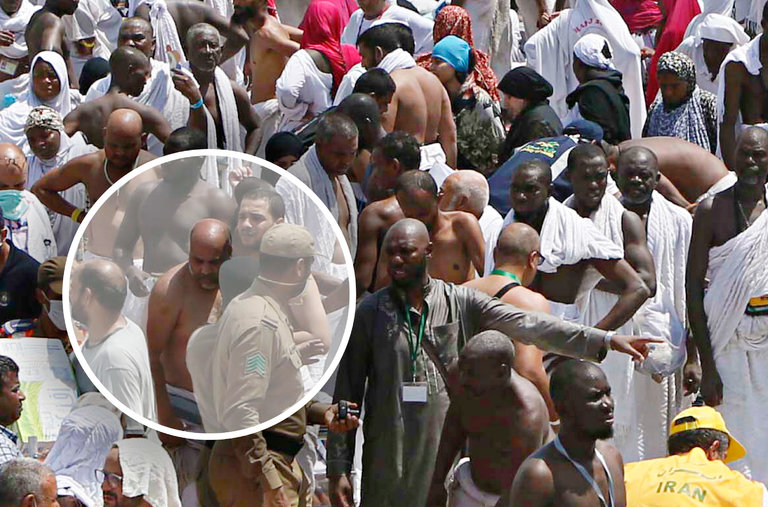