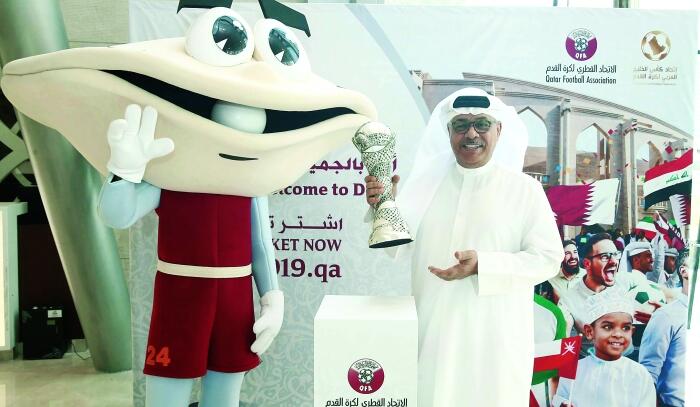 This post was originally published on this site Sodeifi – the beloved mascot of the 24th Arabian Gulf Cup – visited Kuwait on Thursday...

Sodeifi – the beloved mascot of the 24th Arabian Gulf Cup – visited Kuwait on Thursday as preparations for the tournament continue. It will be there from November 7-15.

The oyster and pearl mascot will appear at a host of locations, including The Gate Mall, The Avenues, Marina Mall, Murooj, Souq Mubarakiya, the international match between Kuwait and Chinese Taipei, along with a number of schools.

Sodeifi’s appearances will build excitement for the tournament, which will take place in Qatar from November 24 to December 6.

Khalid Mubarak al Kuwari, Marketing Director with the Local Organising Committee, said: “Sodeifi’s tour will mark an exciting milestone in our preparations to host one of the most anticipated footballing events in the region, the Gulf Cup. We are sure Sodeifi’s visit to Kuwait will ignite the country’s passion and excitement for the game. We look forward to welcoming fans from Kuwait to enjoy this festival of football.”