Government Leaders in Madrid are Dismissing Catalan Calls for Talks 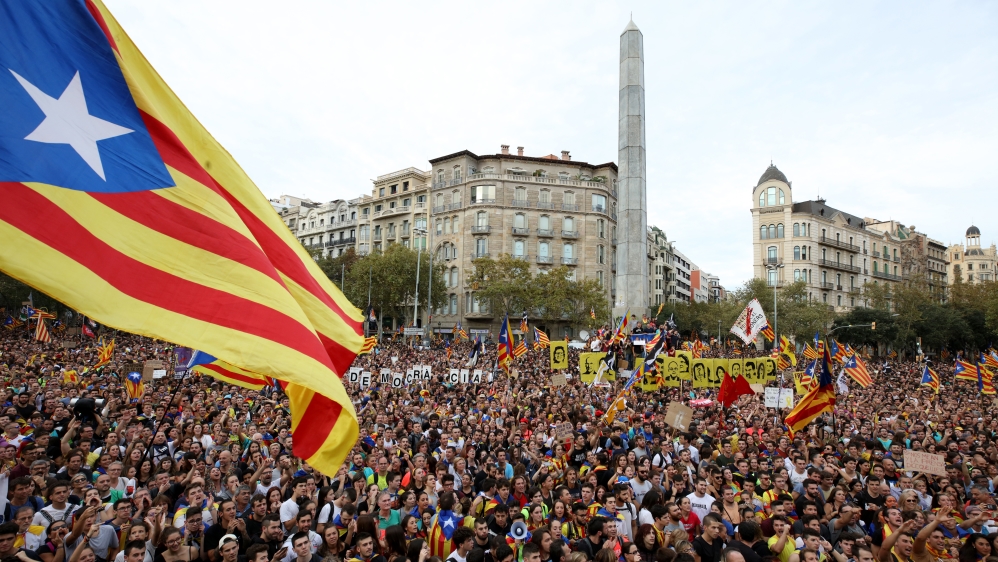 Pro-independence supporters are outraged at the jailing of separatist leaders.

It is two years since Catalonia tried – and failed – to break away from Spain, but the campaign for independence hasn’t died.

The jailing of separatist leaders this week re-ignited the debate, sparking a mass march from all over Catalonia to Barcelona.

And violent protests in the regional capital have raised questions about the reaction from the Spanish government in Madrid – especially before next month’s national election.

So, what are the chances of a political solution?