Giving Up the Battle for Peak Sunset

The 52 Places Traveler During the high tourist season, dense crowds gather at Zadar’s Sea Organ every evening to watch the sunset.CreditSebastian Modak/The New... 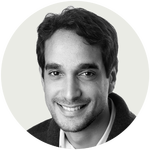 Our columnist, Sebastian Modak, is visiting each destination on our 52 Places to Go in 2019 list. Before Zadar, he was at a once-in-generation party in Vevey, Switzerland.

Every evening in the second half of July, the city of Zadar on Croatia’s Dalmatian Coast undergoes a transformation. Just as the church bells signal 8 p.m., the narrow streets of Old Town get so packed it can be hard to move. Like ants to honey, throngs of tourists congregate and move as a unit to the waterfront to take in — or rather to photograph — the city’s greatest attraction: sunset.

The best spot for viewing it is right above the Sea Organ, a sound-art installation made up of pipes sitting under the concrete boardwalk that react to the swell of the tides. The repetitive sighing of the giant, hidden musical instrument would be beautiful — meditative even — if the view wasn’t a sea of selfie sticks silhouetted against the setting sun and the notes weren’t drowned out by the chatter of thousands.

Overtourism in Europe, and Croatia, isn’t a new phenomenon: Dubrovnik, about 200 miles down the coast, has so many people flooding its “Game of Thrones” filming locations that the city has had to limit the number of cruise ship passengers who can disembark at any one time. Zadar was on the 2019 52 Places list as an alternative to hot spots like Dubrovnik and Split. I arrived in Zadar expecting to see a place still on the less-discovered side of the equation.

That said, I’m not sure where the crowds go during the day. Are these vacation vampires, hibernating until the sun drops toward the horizon? Are all of them on the tour buses that leave Zadar every morning for day trips to the area’s waterfalls and national parks? By the looks of it, a couple thousand of them are on the rocky beaches, the crowds so dense it’s hard to navigate through without stubbing your toe on someone’s beach umbrella.

Wherever they are, the Old Town was far more pleasant when the punishing noon sun made it hard to be outside. Some of the labyrinthine alleyways were empty, as I wove my way through the oldest continuously inhabited city in Croatia. I was able to pick up on details like the mismatched flagstones, signaling the time period in which they were set or replaced. I stumbled upon smoky hole-in-the-wall “konobas,” or taverns, where real-life locals dug into fresh fish without a tourist in sight. I was able to climb the bell tower of St. Anastasia’s Cathedral, dating from the 12th century, for bird’s-eye views of the Roman Forum and the sparkling Adriatic Sea, and marvel at the high-flying dome of the 9th-century St. Donatus Church without having to wait in long lines. It was worth the sweat and the sun-induced headache

But to really escape the crowds, I had to make a concerted effort to think outside the guidebook. It took me a few days and a healthy dose of luck to do so.

My first encounter with Zadar beyond the crowds started at one of the aforementioned konobas — a small, wood-paneled spot called Konoba Tovar where, in the dead zone between lunch and dinner, I was able to find a seat at one of the outside tables. My plan was to nurse a cold beer while I stared into my phone and figured out what to do next. It wasn’t long before a Croatian man sipping on a glass of rosé at the next table engaged me in the kind of small talk conversation common in bars across the world.

Eventually, he invited me to his table. We shared a plate of fresh sardines doused in olive oil and traded travel stories. When we got to the last sardine on the plate, he ripped it in half, and offered me the head in between drenched fingertips. We ordered another round of drinks and a bowl of mussels. He showed me photos of his daughter on his phone.

Darko Matanovic, I learned, is an artist who splits his time between the capital, Zagreb, and Zadar, and his work between abstract paintings for the art show circuit and idyllic scenes of the Dalmatian Coast for tourists. Summer in Zadar was “feeding time” as he jokingly called it, when he sets up on one of the Old Town’s picturesque squares and sells his landscapes. “There’s still fun to be had here, away from the crowds,” he said. And then he showed me how.

We barhopped across the Old Town, skipping the tourist traps selling mediocre pizza and risotto in favor of dives lit up in neon lights where I only heard Croatian spoken. He introduced me to the “PT,” or pelinkovac and tonic, a concoction anchored by a local wormwood spirit that tastes disconcertingly like vomit.

The night ended close to three in the morning, at a bar miles away from the Old Town. A huddle of locals in the corner sang along to Croatian pop music from the 1980s. Somewhere along the way, I had changed out of my T-shirt and into a Croatian soccer jersey bearing the number 10, which is worn by local Zadar hero Luka Modric. Mr. Matanovic had stopped at a store along the way to buy it for me. He had also given me two of his paintings to mail back home.

My adventures in dodging vacationing families continued a couple of days later, when I connected with Joe Orovic, a Croatian-American journalist (and New York Times contributor), who lives just off the mainland on the tiny island of Iz, along with 300-odd other people. In the second half of July, the only way to escape the crowds in Zadar, Mr. Orovic, told me, was to leave it.

“If you had come even a week ago, you would have asked me if anyone lives in Zadar,” he said.

The solution during high season, he told me, was to get a boat and explore some of the more than 1,000 islands that sit off the mainland like crumbs fallen off a bread loaf.

So that’s what I did. I made my way to the ferry port. From there, a slow but beautiful ride took me to Dugi Otok — literally, “Long Island” — where I met Mr. Orovic and the boat he had borrowed from a neighbor.

Beside the occasional sailboat, flags from across Europe decorating their masts, we had the Adriatic and all the mostly uninhabited islands to ourselves. And there’s far more than empty beaches and bright blue water to enjoy. There’s history, in the form of the tunnels drilled into the islands that once hid Yugoslav submarines and naval ships during the Cold War. There’s also the wreck of the Michelle, an Italian cargo ship that most suspect was sunk by its owners in a case of insurance fraud and that’s in shallow enough water to explore without scuba gear.

We ended the day on Mr. Orovic’s home island, a speck encircled by isolated coves. On our way in, we bumped into his wife, Tina Rokov, who was taking underwater photos and cleaning up some of the plastic that had washed ashore. Their dog, an elderly mutt, watched from the safety of her boat. Afterward, we sat at the dockside cafe, drinking cold beers and watching people somersault off the jetty into the refreshing sea.

When traveling, a little effort, a little risk-taking and some luck can go a long way in separating yourself from the herd. This was most clear on my last full day in the country. Hearing so much about Croatia’s natural beauty, I was in search of some time in the great outdoors. There were the obvious choices, national parks like Plitvice and Krka, where electric blue pools are framed by giant waterfalls, but I was afraid of the crowds I would encounter there after seeing the travel agencies on every corner in Zadar advertising day trips.

On a tip from Mr. Orovic, I went in search of the Zrmanja River Canyon, about 30 miles inland from Zadar. I ended up in Obrovac, a small town along the river where I was too late to join any of the scheduled boat rides up the canyon.

“This is nice, but where can I really see the canyon?,” I asked the tour operator in charge of boat trips.

He pulled out a map and gave a series of complicated directions.

I followed them the best I could, driving up winding roads whose edges ended in steep drops down cliffs. I turned left at a “no left turn” sign and followed a dirt road until I thought my rental car had taken too much of a beating. Then I walked.

I climbed up a hill and, on the other side, the canyon opened before me like a portal into the divine. The glowing turquoise of the river snaked through steep layers of rock and dust. Occasionally, a speedboat ran down its length, a tiny dot leaving a tiny wake. There were just six other people spread across the lip of the canyon.

From there, using Google Maps as a rough guide I followed the river until I came to a park near the town of Muskovci, the grass leading right up to the water’s edge. Children from families who had set up tents along the river swung from a rope, doing back flips into the cold lake. A set of small waterfalls set a steady soundtrack. It was among the best swims I’ve ever had.

Of course, tourism isn’t only — or even primarily — about the tourists. Crowds like the ones I saw in Zadar can change a place and its people. Mr. Orovic, who sees the bonanza that happens on the mainland every summer, was worried about what it means for the future of young Croatians.

“You have this whole generation of people whose muscles are atrophying to do anything else besides work in tourism for a couple of months a year,” he said. “And with that it’s harder to find what’s authentic, because to find authenticity you have to go to a place that doesn’t care that you’re there as a tourist.”

Those places are getting harder and harder to find in Dalmatia, but they are still there.

There’s a dilemma that faces all of us who write about travel: by writing about something, can you ruin it? Aren’t the things that are “off the beaten path” better if they are kept that way? I grapple with it constantly, but, while some of the onus is on the travel industry and tourism boards, taking the initiative as a traveler to cover ground less trodden can also go a long way in saving a place from itself.

The world is big; there’s so much to see and so much to do. Why then should we all see and do the same things?