The future of a huge potash mine in North Yorkshire has been thrown into doubt after the company behind the project cancelled plans to... 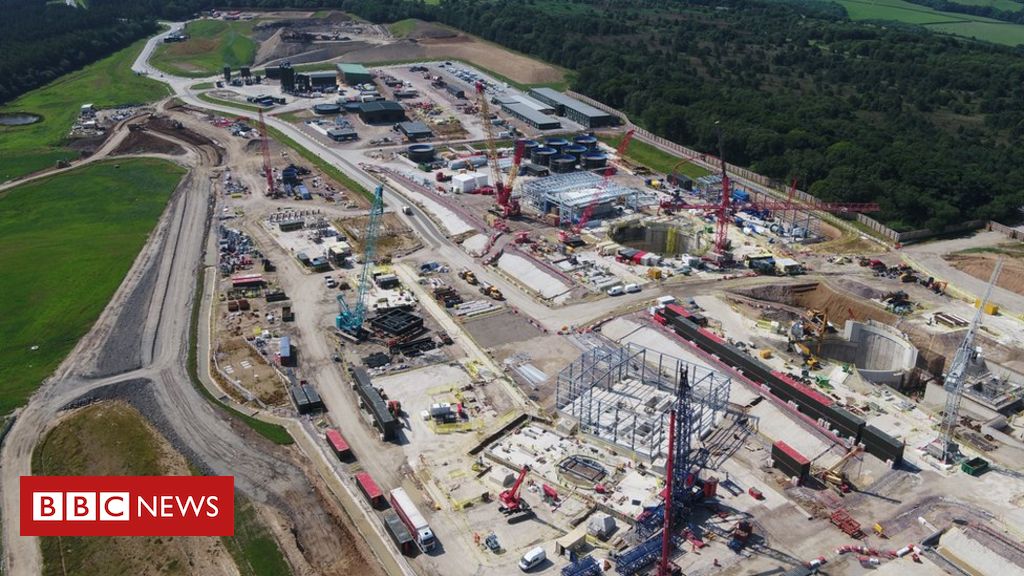 The future of a huge potash mine in North Yorkshire has been thrown into doubt after the company behind the project cancelled plans to raise $500m (£403m) through a bond sale.

Sirius Minerals blamed “market conditions”, including Brexit and lack of government support for the decision.

It will now undergo a six-month review of four different options for a new financing plan to resume the project.

The company’s shares fell by 63% in early trading on Tuesday morning.

The project is set to be the world’s largest mine for polyhalite, a naturally occurring fertiliser which is used in agriculture. The mine is due to open in 2021 and create more than 1,000 jobs.

The plans include a 23-mile (37km) tunnel to transport minerals to a processing plant near the former Redcar steelworks.

Different parts of the work will be slowed up to maintain cash flow, while the strategic review takes place.

Announcing the changes, Sirius managing director Chris Fraser said: “This is the most prudent decision to give the company the time necessary to restructure its plans to move the project forward.

“The process will incorporate feedback from prospective credit providers around the risks associated with construction and will include seeking a major strategic partner for the project.”

In a statement, the company said it had asked the government for support but its request had been turned down.

Sirius added that it believed that “this commitment would have enabled the company’s financing to be delivered as planned”.

The MP for Redcar, Labour’s Anna Turley, said it was “devastating news”.

She added on Twitter: “That the government are refusing to step in and secure this enormous project is an absolute disgrace.

“This government owes everyone involved an apology. It’s not too late to change their minds and step in to save this huge project and the jobs and livelihoods that rely on it.”

Middlesbrough’s MP, Labour’s Andy McDonald, tweeted: “Sirius is critical to Teesside’s future and if government stands aside as they did with the Redcar Blast Furnace they will never be forgiven.”

Graham Spooner, investment research analyst at The Share Centre, said the news meant that “investors will be fearing for the future of the mine and remain cognisant that the recent history of mining in the UK has been littered with failures”.

Russ Mould, from investment platform AJ Bell, said: “This is terrible news for a very large number of retail investors who had put their faith in the company. Many of these shareholders live close to the mine and invested as a show of support in a project that had the potential to greatly improve the local economy.

“Although the share price has taken a beating on today’s news, it isn’t game over for Sirius and its shareholders. The miner has a few options to try and salvage the project.”