Ghana will donate trees to restore Lebanon’s forests, following devastating wildfires that ravaged southern and central parts of the country earlier this week. The... 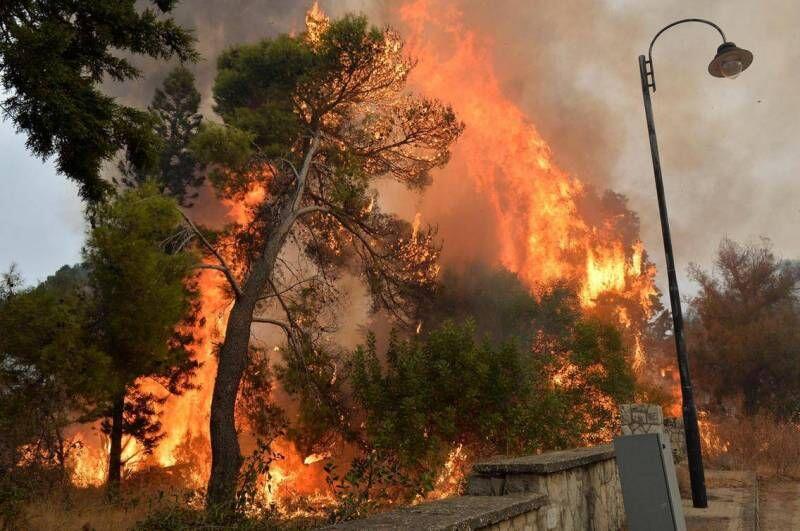 Ghana will donate trees to restore Lebanon’s forests, following devastating wildfires that ravaged southern and central parts of the country earlier this week.

The leader of the Higher Relief Commission in Lebanon, Mohammad Khair, confirmed the donation from the western African nation, The 961 reported.

Khair received a call from the Lebanese ambassador in Accra, sharing Ghana’s willingness to send seedlings and trees to address the damage caused by Tuesday’s wildfires.

Ghana’s donation is the latest in a series of international aid efforts.

“We have contacted the Europeans who will send means of help,” Prime Minister Saad Hariri said in comments carried by national news agency NNA on Tuesday.

Cyprus provided two planes to help battle the fires alongside 200 vehicles from the Lebanese Civil Defence.

Lebanese Interior Minister Raya al-Hassan tweeted that she had chaired a meeting Tuesday of a disaster response committee. She said that Greece would also be sending helicopters and Jordan says it will also assist, she said.

At least 180 people were injured in the fires, The New Arab’s Arabic-language site reported.

One volunteer firefighter, identified as 32-year-old Salim Abu Mujahed, died as a result of a heart attack while trying to put out the fires in his hometown, Betater, in the Chouf mountains.

Firefighters desperately tried to put out at least 103 forest blazes that raged across the country on Tuesday, as fires which started on Monday morning in the Chouf area of central Lebanon spread rapidly overnight.

Interior Minister Hassan said most of the fires had been extinguished by Wednesday morning in an interview on MTV.

“We’re speaking of many square kilometres; the fire was jumping from hill to hill due to the high winds,” Khattar told the Lebanese newspaper The Daily Star.

A resident of the Metn area told Lebanese journalists, “We woke up at 4:30[am] and the world was red”.

“The fire was going over the building,” a member of the Civil Defence said.

Lebanese Environment Minister Fad Jreissati said that Tuesday that the country would be at risk of further blazes over the coming days. He also said that some of the fires may have been deliberately started.

“At some point we have to execute people who set fires,” he said.

The Lebanese government has faced criticism for the spread of the fires, with three army Sikorsky helicopters – specialised in fighting fires – out of action due to a lack of funding for maintenance, The Daily Star reported.

The helicopters were acquired by Lebanon in 2009 but had ceased functioning five years ago.

They can carry 4,000 litres of water, while the Lebanese army were using helicopters which can only carry 700 litres in their efforts to fight the fires.