The text on climate change that will be signed by Macron and Xi on Wednesday includes a paragraph on the ‘irreversibility of the Paris... 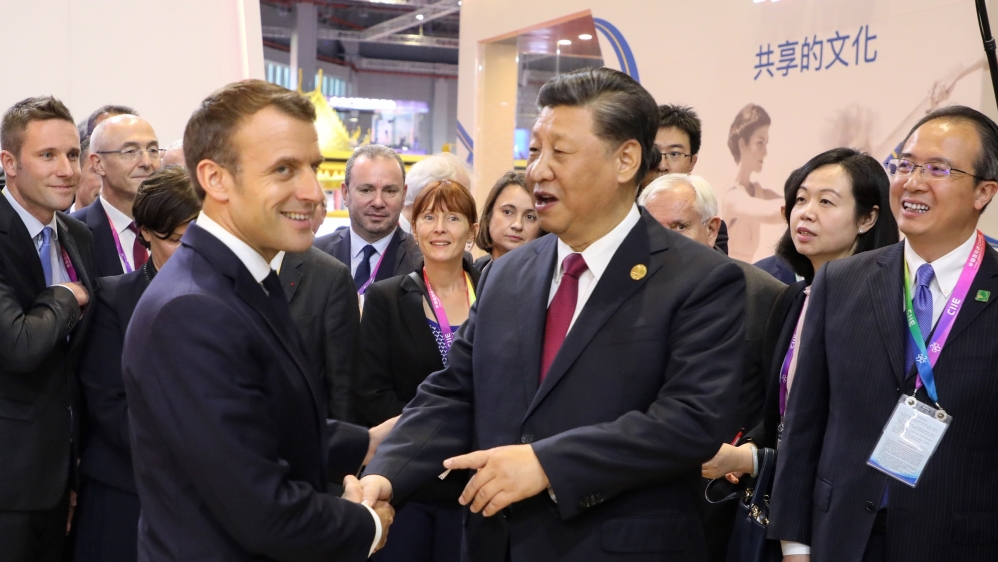 Cooperation between Europe and China on reducing climate-warming emissions will be “decisive”, French President Emmanuel Macron said on Tuesday, as he expressed disappointment at the Trump administration’s decision to push through with the US withdrawal from the Paris Agreement.

“If we want to be in compliance with the Paris agreement, we will need next year to enhance our commitments to reduce emissions, and we must confirm new commitments for 2030 and 2050,” he said.
“The cooperation between China and the European Union in this respect is decisive,” Macron added. “Next year, we need, in the agenda of enhancement, to be collectively up to the task.”

The US move is the first formal step in a one-year process to exit the global pact to fight climate change, part of a broader strategy by Trump to reduce red tape on American industry.

But it comes at a time scientists and many world governments are urging rapid action to avoid the worst impacts of global warming.

China and France pledged at this year’s G20 summit to “update” their contributions against climate change beyond their current ones to reflect “their highest possible ambition”.

The 2015 Paris climate agreement encourages countries to make stronger pledges if they are able to do so.

Speaking in Shanghai at a major trade fair, just after a keynote address by Chinese President Xi Jinping, Macron said commitments will need to be enhanced.

Speaking to reporters earlier, a French presidential official expressed regret at the US move, and said Macron and Xi will reaffirm their commitment to the Paris agreement.

“We regret this and this only makes the Franco-Chinese partnership on the climate and biodiversity more necessary,” the official, speaking on condition of anonymity, said.

“The text that will be signed tomorrow includes a paragraph on the irreversibility of the Paris agreement.”

Macron and Xi are due to hold a formal meeting in Beijing on Wednesday.

China aims to bring emissions to a peak by “around 2030” and raise the share of non-fossil fuels in its total energy mix to 20 percent by the end of the next decade, up from 15 percent in 2020.

The United States is the first country to say it will withdraw from the deal, but 10 other countries have failed to ratify it including Turkey, Iran and Iraq.